Another iteration of the Bowman line, 2020 Bowman Chrome, is scheduled to be released this week on September 18th. While the checklist has gotten mixed reviews, there are always some overlooked prospects that are worth taking a flyer on. I wanted to go through the prospect autos on the checklist and give you all some information on the players so you can decide on who to target for your collections. There are also 18 Bowman Chrome rookie autographs including Luis Robert, Kyle Lewis and Nico Hoerner, but for the purposes of this article we’re focusing on the prospects.

The following lists are the ten players that I think are worth looking at for your collection and will be in high demand for this release. I’ve chosen five hitters and five pitchers, in no particular order. Happy prospecting!

This is a complete list of all the prospect autographs available in the new 2020 Bowman Chrome release: 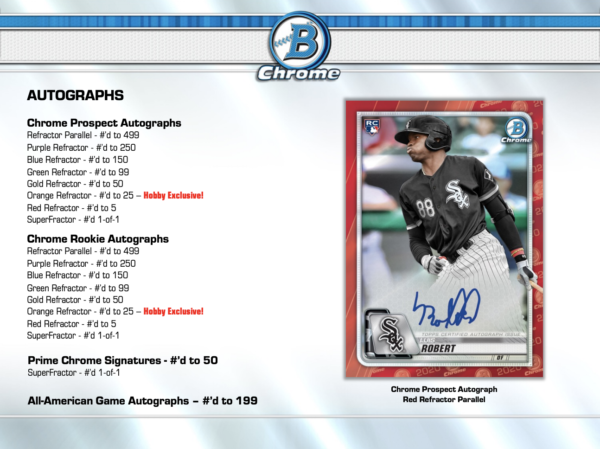