As we watched the Nationals upset the Astros in the World Series in dramatic fashion close another season of Major League Baseball, I found myself really excited about the youth in baseball. I know you haven’t heard from Joe Buck that Juan Soto just turned 21, you are welcome for that information. With Acuna, Soto, Bellinger, Bregman, Devers, Buehler, Bieber, Alonso, Flaherty, Alvarez, Torres, Ohtani, Albies and more all being top guys in the game at 25 years or younger, this youth movement in the game right now is what makes writing about prospects and then their ascension into MLB a lot of fun. The team at Prospects1500 has every team covered from a youth and prospects perspective and is looking out for the next young guy to break through. Honestly the top guys coming up look really impressive as well. For my second article I thought I would mention some risers in value from their Arizona Fall League performances and also take a shot at explaining card grading to the common/traditional collector.

For many of us the two biggest changes to the hobby in the past decade have been breaking cards, which I explained in my first article, and grading cards. Grading is the second hoop to having a really valuable card in today’s hobby. The grading process is basically done by two companies, PSA & BGS (Beckett). The first step is getting that nice or rare card. The second step is when you send the card to get graded and hope that goes well. The card may grade poorly right out of the pack because of poor handling by the company or player who autographed the card. If it grades poorly it actually can drop below the value of an ungraded card. It is a very tricky situation. Grading of cards enhances the value of the card by validating its condition. If it grades the holy grail of grades it receives the BGS Black label. Black label means a perfect 10 in all categories (Surface, Edges, Corners, Centering) it can increase the value by 10x or more of the same card that is ungraded. Grading can also increase a card’s value because it may be one of the only cards in the world that graded that high, which causes another rarity angle. For example a raw (ungraded) Julio Rodriguez 1st Bowman Autograph can sell for about $120 right now. A graded PSA 10 Julio Rodriguez sells for $350. Grading cards can exponentially increase the value of your card while also preserving the condition with the casing. There are also a number of hobbyists who have taken on the side job of cleaning and preparing your cards to be graded. This is different than the negative term doctoring cards. That is about illegally altering cards by trimming them down to appear in better shape than they are. These hobbyists who take this job on usually have a good eye for surface issues that can be fixed and can help with evaluating your cards so you don’t send cards in that won’t grade well. It can be a frustrating process as it costs more money and you could pay for a bad result. Honestly, setting the increased value aside, I just like the casing and how they label the card year and number on it. It looks really nice and preserves the condition of the card long term.

Editor note: Perceived “values” of cards and what they sell for are mostly taken from completed/sold listings on ebay. Some may not like it but this one site/app now monopolizes what many in the hobby look to for card values, even though there are several other sources. One may also find card values via Beckett.com and their traditional annual and monthly price guides. There are other selling sites such as Check Out My Cards (COMC.com) and Mercari that can also provide card value data.

Alec Bohm, 3B, Philadelphia Phillies – Alec Bohm impressed during the AFL this year. His cards also took a jump in value. His base 1st Bowman autograph sold for $61 in mid August with a 50% gain to $90 this past week. The 6’5, 225 lb. massive prospect is looking good coming up for the Phillies. Look for him to continue to rise as we approach 2020 season.

Jo Adell, OF, Los Angeles Angels – I was down on Adell this year as I felt he never really broke through. His AFL performance and demonstration of his tools was on display, and it definitely wowed me with his athleticism. I am now excited to see him in the same outfield with Trout soon. Adell hasn’t had many sales recently as collectors are holding, but his graded 9.5 BGS Bowman 1st Auto sold for $1,000 in September.

Julio Rodriguez, OF, Seattle Mariners – The youngest player in the AFL did not disappoint. Had a 5-5 game and 10 RBIs in his last 10 games. His stock within the hobby continues to rise. With his impressive AFL showing his cards have climbed up from $320 for PSA 10 graded 1st Bowman Autograph to $360.

Royce Lewis, SS, Minnesota Twins – The hobby overall has been down on Royce Lewis. It was nice to see him earn AFL MVP honors, hopefully giving him some momentum into the off season. He hasn’t seen the price jump from the hobby as the others, but as he gets closer to being called up, his card values should gain some traction.

Miguel Amaya, C, Chicago Cubs – Amaya also had good reports from AFL for his defense and his hit tool. He has a strong arm and the ability to be the next backstop for the Cubs long term. He is a lower end investment in the hobby but saw a 20% uptick in his prices after the AFL, raising from $20 for his 2019 1st Bowman Auto to $24 this past week. 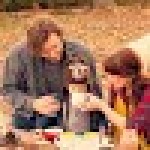