Let me start by briefly describing how these rankings are made up and why I started them. The calculation of the “Score” involves several factors. Hitting includes Age, Level, OPS, BB/K, WRC+, BABIP, SwStr%, and wSB. These are all not weighted equal, as each player is scored differently. For example, wSB might account for 2-5% of some players scores while Age/Level could account for 0-20% of a player’s score. Pitchers’ scoring includes Age, Level, K-BB%, xFIP, IP/G. I will be the first to acknowledge this isn’t the perfect formula.

I’m always looking for ways to tweak and improve it. What I will stand behind is that this formula does a very good job of identifying players very quickly that will be risers in prospect lists. I play in a few deep dynasty leagues and wanted first shot at some of these players before they show up on many of the prospect lists. This Formulated Rankings of mine does exactly that.

Here are a couple of examples. This is not a shot at anyone, it’s just proof that this formula identifies some of the players very early who will be moving up prospect boards.

Now onto the current Top 100s (one for batters and one for pitchers) and a few highlighted players and a look at their toolbox:

🥇 Gunnar Henderson – I think he is finally starting to get the attention he deserves. He just turned 21 and he is still doing his thing at AAA. I love everything about this kids game and his numbers across the board are impressive and show no weaknesses. His 2019 and 2021 seasons were pretty average to above average, so his track record is a little sketchy. Keep that in mind before going all in on him. I’m sending respectable offers everywhere I can to get him before he makes the next jump on prospect ranks.

📈 Anthony Volpe – I’m not sure there was ever a true “buy low window” on him but if there was it’s ending now. He had awful BABIP luck early in the year and his numbers reflected that. In his last 14 games at AA he has on OPS over 1.000 and I’m just as sold on him being a top prospect as I ever have been. Some players you watch and just see superstar potential. He is one of those guys for me. As I’m writing this he just hit a 2 run walk off home run.

📉 Nick Gonzales – A plantar fasciitis injury will have him in a boot for 2-4 weeks. He has had a bit of a rough season for top prospect standards. It’s possible the injury has been affecting those numbers. A look closer though shows average stats across the board other than an above-average BABIP and SwStr% among the league’s worst. He also had a .388 BABIP last season to help slightly inflate his numbers.

🥇Andrew Painter – I’m all in on this kid. 19 years and 2 months old. He was too good for A ball and wasn’t challenged. Recently promoted to High-A and his first start was shaky but all the stuff is there to be a future ace. Back in April he pitched 5 innings and struck out 14. You don’t have to be a math expert to think wow reading that. I hate investing too much in young pitchers as injuries can derail a career for a young pitcher so fast. With that being said, I wouldn’t be shocked to see him as one of the top pitching prospects next year at this time once the current top arms graduate.

📈 Mason Montgomery – You might not see this name on many lists today, but as midseason rankings roll out, he will, sure enough, show up. A 6th round pick out of Texas Tech in the 2021 Draft. He wasn’t very highly regarded by many with slightly above average college numbers. I really don’t have to say much as you will see his numbers below. He is more than ready for a promotion to AA. If he’s still available in any dynasty league I’m grabbing him. Oh yeah, forgot to mention he is a Rays pitcher and they know how to develop pitchers.

📉 Cole Winn – Rough year for Texas pitching prospects as Jack Leiter has had a rough start also. Winn, a top 3 prospect for the Rangers in most ranks, has had plenty of struggles this year. I don’t think people have given up yet but lots of red flags for me. 22 1/2 years old at AAA has him young for the level but to put it in comparison Grayson Rodriguez is the exact same age and he registered a 2.68 xFIP, 30.8 K/BB%, 14.5 SwStr% at AAA. Winn’s K/BB% at 3.o8 is almost comical compared to G-Rod’s 30.8. This should also speak to how amazing Grayson is.

I usually post every Sunday on Twitter @ProspectLarceny an updated Top 100, if you have a prospect you would like to see their toolbox, feel free to reach out. 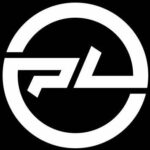