The 2019 season looks to be another talent filled showcase of future stars for the Midwest League. Opening Night for most of the MWL teams is this week so don’t hesitate to get out to the nearest ballpark and checkout tomorrow’s stars.

The Bowling Green Hot Rods will look to defend their 2018 Midwest League title, but it will be tough to top the success they had on the field last season. The Hot Rods were the best team in the Eastern Division from wire to wire, finishing with a record of 90-49. The Dayton Dragons should have no problem extending their streak of sell-outs, as they’ve packed the house for every game since 2000. That’s an eye-popping 1,316 consecutive sell-outs if you’re counting along at home.

There was plenty of individual success last season around the MWL as well. Elehuris Montero (Peoria), won the Batting Title with a .322 average and also produced a .529 Slugging Percentage to win a second category, while Will Benson (Lake County) smashed 22 home runs to take home that crown. Esteury Ruiz (Fort Wayne) swiped 49 bases over the entire season to lead the way and Ryan Noda (Lansing) compiled a .421 On Base Percentage, which was tops in the league. Osvaldo Hernandez led the league in wins with 11, while teammates John Ghyzel and Ryan Nutof paced the league in saves (19) and games (46) respectively. Finally, Packy Naughton was a strikeout machine all season as his 137 K’s led all pitchers in the MWL in 2018.

Let’s take a trip around the Midwest League and have a quick look at a few players to keep tabs on in 2019:

Jameson Hannah –  A plus runner with decent contact skills, Hannah’s 5-foot-9, 185 pound frame is what has most evaluators questioning his upside. In 93 plate appearances, Hannah produced a .731 OPS for Short-Season Vermont last summer. If everything goes as planned, Hannah could become a table-setting center fielder for the A’s.

Jeremy Eierman – After outstanding years as both a freshman and sophomore, Eierman struggled a bit his junior season. That didn’t stop the A’s from giving him overslot money in hopes he could tap into his elite raw power. He has decent speed at the moment, but the footwork needed to play shortstop at the professional level isn’t always present. The A’s love his bat speed and the chance to have a middle infielder with that type of power is intriguing enough to leave him at the six for at least another season.

Wander Franco – At just 19-years-old, Franco possesses the quickest bat in the minors. The switch-hitting shortstop makes consistent hard contact as his .239 ISO and .159 wRC+ were good enough to finish inside of the top 5 in the Appy League – doing so as the league’s youngest hitter in 2018. To put into prospective just how good Franco is consider this: Vlad Jr. put up a .178 ISO & 122 wRC+ as a 17-year-old two years ago in the Appy. Franco has the look of a future perennial All-Star shortstop.

Easton McGee – Standing at 6-foot-7, McGee has no problem getting his low to mid 90’s fastball going downhill. As with most young arms, the secondary pitches are what eludes him at this point. His curveball is well below average and some scouts think he might be better to scrap it in favor of a slider.

Shane McClanahan –  The former first round pick has an electric upper 90’s fastball that helped him rack up 120 Ks in 76 innings during his final year at The University of South Florida. He complements the pitch with a mid-80s slider and changeup, both of which can be projected as plus pitches. He should move through the system rather quickly.

Jordyn Adams – The most dynamic athlete in the 2018 draft, Adams is an 80-grade runner with plus raw power, but will need to develop his hit tool. A healthy 2019 should help him ascend through the system in a hurry.

D’Shawn Knowles – He was the third-youngest hitter in the Arizona League last year and was quickly promoted to the Pioneer League. He promptly slugged .550 and posted a walk rate north of 10 percent. Scouts love his plus speed and intangibles and he could possibly be the youngest player in the Midwest League this year.

Blayne Enlow – The right-hander was a third round pick in 2017 who boasts an above average curveball and changeup, which he uses to compliment his low 90’s four-seam fastball. He projects as a middle of the rotation type of arm.

Yunior Severino – Scouts believe the 6-foot-1 second baseman has special skills, but nay eventually need to move to a corner. Either way, his bat is loud enough he’ll find a way into the everyday lineup at each stop. In the Gulf Coast League last season, Severino slashed .286/.345/.444 with three home runs, 19 extra-base hits and 27 RBI in 48 games.

Connor Scott – He’ll return to Clinton in 2019 after spending 23 games with the LumberKings last season. He was often overmatched by the pitching at the Low-A level, but that’s not uncommon for a prep bat. His plus arm and plus speed make the 6’4″ 190 lbs outfielder a player to watch this year.

Will Banfield – Banfield is the definition of a glove-fist catching prospect, owning one of the best arms from behind the plate you’ll find at any level in the minors. Unfortunately his hit tool projects to be fringe-average, at best, which will put a bit of a cap on what type of power he can get to in games.

Mike Siani – Both his defense and arm project as plus tools in center field and the speed is there to swipe 20+ bases at the big league level. The question will be whether he can hit consistently enough to grab a starting role in the majors.

Xavier Edwards – Elite speed is the name of the game for Edwards who produced more walks than strikeouts at both Peoria and Tri-City last season. His approach is mostly to the opposite field, as nearly 50% of his hits went to the right side. Unfortunately, 60 percent of his balls in play were hit on the ground, so an adjustment to his swing and approach may be on the horizon.

Tucupita Marcano – His slight, wiry frame (6-foot, 165 pounds) leads to questions about him developing into an everyday player, but there is no doubt that he can contribute as a professional. He features an elite hit tool and plus speed on the bases, which make the 19-year-old second baseman one of the more interesting prospects to follow this year.

Josiah Gray –  The 6-foot-1 righty features a mid-90’s fastball, a plus slider and a changeup that could eventually become at least average. Gray logged a 2.58 ERA, 0.88 WHIP and 59 Ks in 52 innings during his stint in the Appalachian League last summer.

Jacob Amaya – A quick first step highlights the package of promising defensive tools for Amaya. He has advanced body control and above-average arm strength so there’s no question that he should be able to stick at shortstop. His knowledge of the strike zone is impressive for a young player, but he’ll need to demonstrate that he can produce at least average pop to be more than a bench role type of player.

Kristian Robinson – With his plus raw power and above-average speed, Robinson has future star written all over him. He’ll spend the entire season as an 18-year-old, which will be fascinating to watch how he adapts to better pitching.

Blaze Alexander – Scouts are mixed with their opinions when it comes to Alexander. His ability to handle advanced pitching will come into play sooner than later as his swing is extremely long. He’s adept with the leather, which is why Arizona overspent on the 11th round pick last year.

Luis Oviedo – Large, physical frame and the potential to offer four plus pitches with solid command. He’s a future top of the rotation arm whose body is not done growing. His initial MWL experience was rough last year, but it’s a pretty good bet that he’ll be on a revenge tour in 2019.

Tyler Freeman – The 71st pick in 2017, Freeman projects as a top of the order hitter at the big league level and has the pop to reach 15-20 home runs each year. His athleticism makes him one of the most underrated prospects in the minors and his ability to use the entire field when hitting is a desirable skill at all levels. 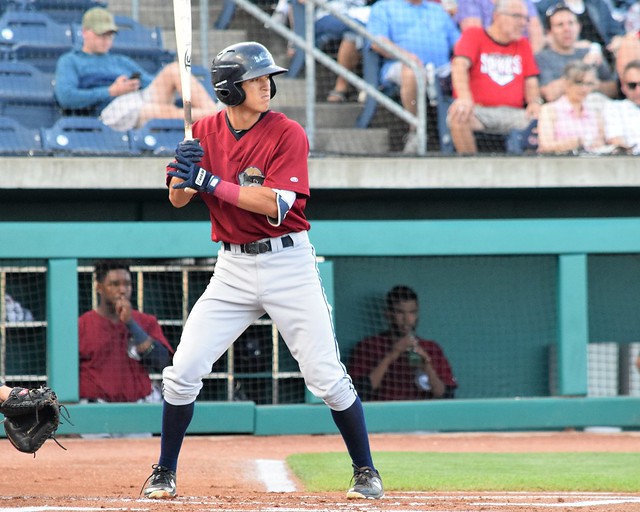 Griffin Conine –  A second round pick in 2018, Conine received a fifty-game suspension in November for testing positive for Ritalinic Acid. When he returns in June he should be able to display his plus power and contact skills.

Jordan Groshans –  Selected 12 overall in 2018, Groshans has plus-power and a plus-hit tool. His ability to handle high-velocity and barrel the ball to all fields give him the high-floor of most desirable prospects.

Nolan Gorman – With his 70-grade power, comes a ton of swing and miss, but the Cardinals are willing to deal with that due to his massive upside. With his better than average defense at third base on display last year, scouts now project him as sticking at the hot corner as he moves through the system. Although he was one of the youngest hitters in the Midwest League last year, his 17 home runs paced all draftees, while his 36.4 K% was the ninth-worst mark in the Midwest League (min. 100 PA).

Jeremy Pena – With one of the best gloves at the shortstop position, the big question for Pena is his ability to hit. He was drafted as a glove first prospect, but he struggled at the plate in Short-Season last summer triggering concerns that his bat might not be up to par. His above-average speed will help temper any disappointment in the MWL this year.

Cole Roederer –  He showed power (.190 ISO) and speed (13-for-17 on SB attempts) in 161 PA in the AZL after signing and his 11.2% walk and 20% strikeout rate are right in line with his skill set. A few concerns he’ll need to work out this year are his pull-heavy approach (51%) in AZL and his average speed, which might not bode well by the time he reaches the majors.

Wenceel Perez – Controls the barrel extremely well for a 19-year-old and held his own in a short stint in the Midwest League last year. Needs to add muscle to his small frame. Will eventually steal 20+ bases and hopefully develop enough power to generate 15 home runs in the big leagues. He’s the Tigers best shortstop prospect, but at least three years away from Detroit.

Brice Turang – High floor, but the hit tool, which is currently a 55 is in question by some evaluators. His speed, arm strength and overall athleticism give him a soft landing spot of no worse than a utility player when he reaches Milwaukee.

Aaron Ashby – Low-90’s fastball, plus curveball and a deceptive delivery is what prompted the Brewers to select him in the 4th round in 2018. The unorthodox delivery will be closely monitored as he moves through the system as there are concerns he’ll have trouble repeating it. 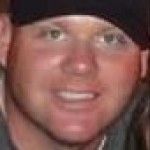