The key to fantasy baseball leagues is being able to identify value ahead of your league mates in order to beat them to the punch and stack your team with valuable assets. Just about anyone can hop into a draft room and select Mike Trout, but you’ve got to be a little more astute to jump on a guy like Josh Bell before he has a career year.

When it comes to dynasty leagues, the same idea applies in prospecting. Oh, you think that Wander Franco might be pretty good? You and everyone else in the baseball world. Best of luck trying to trade for him at this point.

Now, what if you had noticed Wander sooner and rostered him before he set the baseball world on fire? Before he cracked everyone’s Top 100 list? Now that would be valuable. Is it riskier that way? Of course, it is. When you’re trolling the stat sheets for hot starts and impressive numbers, you’re going to run into a few duds. After all, there are reasons these guys aren’t owned in your league and didn’t make the best lists. But, when you find a guy that hits… You forget all about the guys you whiffed on.

Now that we’re halfway through June, we’ve got 2+ months of data on our hands and can develop a pretty good estimate of how the season is going to shake out. With that said, there are 3 hitters I’d like to specifically call out for their hitting excellence so far in 2019. The first is a guy you’ve heard of, but the other two are relatively anonymous prospects when it comes to fantasy baseball.

The gentlemen we’re going to discuss today are Colton Welker, Forrest Wall, and Alan Trejo. As I said, you know Welker, but I’m assuming Trejo and Wall may be mystery men. So, how exactly did they end up on a list with the esteemed Mr. Welker? For that, I need to give credit to the great Eno Sarris. I recently heard him discuss searching for prospects by filtering production for power and plate discipline while eyeing age-to-level. By applying these same methods, I was able to find 3 players in the Eastern League who are hitting for power (ISO 150+), seeing the ball well (K% <20%) and the average age for the league or younger (23). Welker, Wall, and Trejo all fit that bill. (The stats have shifted slightly since I wrote this, but all 3 players are still close to these parameters).

I’m not going to dive too much into Welker because it’s not exactly a surprise that he’s on this list. Welker is a well-known commodity in the fantasy baseball prospect world. That said, I did want to at least give him a hat tip for the impressive showing in his AA debut. As the 5th youngest player in the league (older than only Mickey Moniak, Andres Gimenez, Isaac Paredes, and Luis Garcia), Welker is putting on an absolute show in Hartford. He ranks 10th in OPS (.852) behind a group of players all at least 2 years older than him, 8th in SLG (.490) and ranks 11th in K% at a meager 15.3%. All this to say, Colton Welker is damn good and you should find a way to get this man on your dynasty roster. Production like this in AA and at 21 years old is not something to be ignored.

While promotion to the majors isn’t imminent while he remains a Rockie (blocked by some Arenado guy), it’s quite possible that Welker becomes a big-time trade target of other clubs should Colorado be buyers at the trade deadline. The other scenario is that the Rockies ship out some of their other prospect talents and create a quicker path to the majors for Welker. Given how unpredictable and flat out weird Colorado handles their prospects, it’s hard to predict Welker’s path, but I’d guess we see him debut sometime next summer if the production stays high.

Dynasty world, I’d like you to meet Alan Trejo, shortstop of the Hartford Yard Goats. Trejo was a 16th round pick in the 2017 MLB draft out of San Diego State and had a very solid debut in rookie ball. In 2018, Alan catapulted from rookie ball up to High-A, skipping Low-A altogether, and didn’t miss a beat. At 22-years-old, he posted 102 wRC+ at the level while mashing 10 HRs and striking out less than 23% of the time. While those numbers aren’t exactly Vladito-level, they were enough to earn him the bump up to AA Hartford in 2019. Trejo wasn’t known for his bat coming out of college — he posted a career OPS of .768 in 3 seasons at San Diego State — so much so that he didn’t make the cut for FanGraphs’ 2019 Rockies prospects list (he doesn’t even have a scouting report on FanGraphs).

I would venture to say that it’s time we start paying attention to Trejo’s production at AA. He’s just a hop, skip, and a jump to the major leagues at this point and the Eastern League isn’t exactly known as a hitter’s haven, playing their games in the often cold northeast. As mentioned above, the Rockies have a stockpile of good infield prospects, so it’s unlikely that we see Trejo get a shot with the big club any time in the near future. Even if he were to go full Yordan Alvarez, he’d still have to contend with the likes of Welker, Garrett Hampson, Ryan McMahon, Brendan Rodgers, and others for playing time in Denver. Trejo is someone to add to your watch list for the moment to see how the rest of the summer plays out. I wouldn’t suggest adding him at this point unless you play in the deepest of leagues.

From 2 current Rockies prospects to a former Rockies prospect. I’m noticing a trend! Forrest Wall was a Hartford Yard Goat in 2018 before coming to the Blue Jays system in a deal that sent Seunghwan Oh to Colorado. The former 1st round (Comp Round) pick has been a solid hitter so far in his pro career, but nothing more. He hasn’t tapped into any semblance of power (.352 career SLG) yet but is starting to show some signs with 26 XBH so far in 2019 with 3 HR. Combined with his improved K% and BB%, and Forrest Wall looks to be making some serious strides at the plate in Manchester — he’s just coming off of a 15-game hitting streak, too.

Before we get too excited, it should be noted that this is Wall’s second trip around the Eastern League and he’s posting a BABIP nearly 80 points higher than his career mark. The centerfielder doesn’t appear to be doing anything demonstrably different at the plate as GB/FB and pull rates appear to be close to his career numbers, it’s possible that the increase in BABIP is just some good luck. There’s also the chance that Wall is simply swinging at better pitches and hitting them harder due to the improved plate discipline.

Wall is graded at 45 FV on FanGraphs, but they dropped him from Toronto’s top prospect list this spring due to his lack of production and concern he wouldn’t stick in center, making him a light-hitting corner outfielder — not exactly tantalizing from a fantasy perspective. It appears that Wall took umbrage with that move and is out for vengeance in 2019. He’s racked up 8 steals so far this season, but he’s been caught 4 times. It’s possible that Wall could work his way into the muddy Blue Jays outfield picture by end of 2020. He may never hit more than 5-10 HR in a season, but if you need help with AVG and potential double-digit steals, Wall is worth a speculative add in deeper leagues. 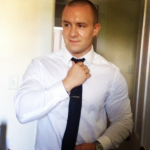