It’s been about three months now since I started up with Prospects1500 and I have found myself a new home — with the Baltimore Orioles. I must say, I will definitely miss the Astros and their advanced approach to player development. I will also admit that the Orioles are the not the beacon of hope with their checkered player development history. With that being said, the Orioles have seemed to have turned a corner in their minor league system in the last two years and there is a bevy of young talent that is coming and coming quickly.

For this column, I thought it might be awesome to compare a player from my new home to another player from my last stop. So, I raise you the seemingly crazy question of:

Is Grayson Rodriguez the next Forrest Whitley?

This question is loaded on so many levels. For one, Forrest Whitley hasn’t even been in the big leagues yet, so why in the world are we already comparing other prospects to him? Because we can, that’s why. And also, Forrest is going to be a beast. By the time the next great prospect comes around that will carry the same hype that Whitley has, it might be too late to acquire that player. That’s why you have come to Prospects1500. To get the scoop on a player before everyone else knows their name.

Now, let’s check in on the similarities between the two prospects.

*These were the scouting grades based on 2017 from www.mlbpipeline.com. Obviously, his grades are much higher now, but this serves as a comparison to the two at a point in their development that was the same.

There are a lot of similarities between the two fireballers from Texas and, if anything, Rodriguez has experienced more success in Low-A and High-A than Whitley ever did. Now, of course Whitley also went on to Double-A that same year and utterly dominated hitters which caused his stock to rise exponentially. I think there is a real possibility that we see the same trajectory for Rodriguez. Let’s take a deeper look at the Grayson Rodriguez profile.

Having given up only six runs in his 36 innings of work in 2019 it is easy to see that the right-hander is off to a blazing start. He brings mid-90s heat on his fastball that shows a ton of life and already has a plus slider. He is a great athlete as well, which leads to a lot of command of his pitches, which also includes a decent changeup and a developing curveball. Scouts were pretty high on him during the 2018 draft, pegging him with a number 2-3 starter ceiling, and predicted he could move quickly through the system. However, we might be seeing another level here. The size and youth of Rodriguez always suggested there might be more in the tank and it seems to be the case. 19-year-old pitchers with his size and stuff are what every dynasty owner is looking for. 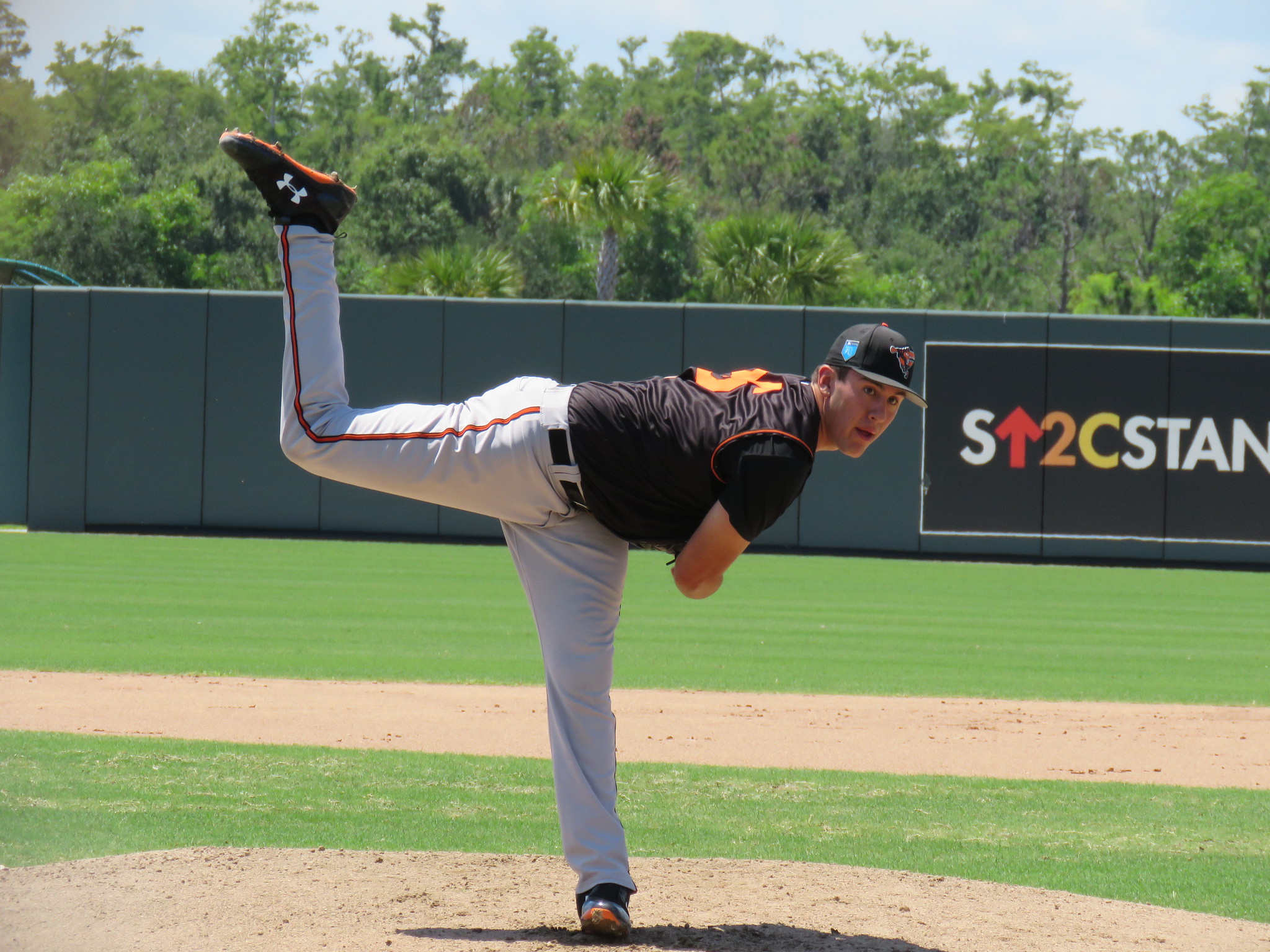 The biggest sign that we are perhaps starting to see the beginnings of a true breakout is the K-rate. Elite pitching prospects show elite strikeout ability at the lower levels. Last year in 2018, Rodriguez stuck out 20 batters in 19.1 innings which is perfectly fine. It’s just not elite. This year, the strikeouts have jumped considerably. He is up to 53 punch outs in 36 innings. That’s an improvement of nearly five strikeouts to his K/9. What’s even more encouraging is that his walk rate has not suffered with the increase in strikeouts. He has maintained a 3.0 BB/9 for his first two seasons, and while that may not be elite, it’s something that is definitely encouraging as he climbs the ladder. For reference, Whitley had a similar walk rate in his lower levels (just don’t look at his 2019 walk rate. A good indicator of why Whitley has been struggling this year).

To compare, Whitley struck out 67 batters in his time in Low-A in 46 innings. He sported a 2.91 ERA during that span, a mark that seems high when you compare it to Rodriguez’s 1.50 ERA. Again, these two pitchers look similar when they were figuring out A-ball. The true step that Whitley took was when he was promoted to Double-A. There his strikeout rate increased to 16.4 and everyone started paying attention. At that point, trying to acquire him would have cost a ton. In order to make a profit you needed to get him before that jump — which is obivously hard to predict and do. Based on what were are seeing it’s time to be aggressive and get Rodriguez right before that big jump in value.

And finally, we should look at their pitching motions to see what we can gather.

And here is Grayson Rodriguez:

A couple of notes when comparing the two deliveries. Rodriguez definitely looks smaller, with less extension that Forrest, but that is probably because of the very unique build of Whitley. He is releasing the ball at Randy Johnson-levels — in terms of distance from the mound to the plate. There are very few people that can do that. Rodriguez does seem to also have more dive and drive in his delivery and is at a lower arm slot that Whitley, who is really “over the top” with his overhand delivery (pun intended). What is really striking about comparing these two pitchers is there size and presence on the mound. They make batters look uncomfortable when they step in the box and the glorious strikeout rates only further provide evidence of this.

Clearly, it’s easy to say that these two pitchers stand out when it comes to pitching prospects. Rodriguez is seemingly on the same trajectory that Whitley was on in 2016 and, although he has regressed slightly in 2019, Whitley is undoubtedly a top-three pitching prospect. Grayson Rodriguez is no where near that — yet. Acquire him now as Rodriguez is a good example of an asset that will continue to gain more value as the years roll on. As is the case for every pitching prospect, let’s just hope that an injury doesn’t get in the way of our next Forrest Whitley.

About Alex Sanchez 13 Articles
My goal is to provide an unique perspective when it comes to baseball so that readers can have the information and insight, as well as a bold and progressive analysis. I trust the analytics, but I also trust my eyes when I see the player perform on the field. I don’t want to regurgitate the same, old information but rather I want to give my opinion that is based on research and well-developed thought. Baseball is a game on intricacies and delicate balances and I want to explore every facet that I can. Here on Prospects1500 I will give you the inside scoop on the prospects so that you get to know who they are before everyone else. I won’t always be right, but I can promise my logic and dedication will be sound. Feel free to reach out to discuss and debate and let’s get to prospecting!

Read about Hudson Head, the headliner in the Padres/Pirates/Mets trade that brings Joe Musgrove to San Diego.