Elly De La Cruz burst onto the scene during the 2021 season. Signed by the Cincinnati Reds out of the Dominican Republic in 2018, De La Cruz was an unheralded, 16-year-old prospect. Elly was unranked in Baseball America’s Top 100 International Prospects list that year, a list that included the likes of Victor Victor Mesa (in the #1 spot), Diego Cartaya, and Noelvi Marte (now a Reds teammate). De La Cruz was seen as a lanky, athletic prospect but was viewed more of a wild card than most others. At the least, 100 players were listed as better prospects by Baseball America, and let’s be honest…they are all wild cards.

In 2019 his star started to rise. In the Dominican Summer League, De La Cruz slashed .285/.351/.382. With only 13 extra-base hits in 186 plate appearances the power was lacking but he showed a strong approach at the plate. As a young player in his first pro year having a walk rate at 7.5% and only striking out at a 24.2% clip is not bad. He has plenty of speed was not a good base stealer at the time, 3 steals out to 9 tries, but that would come.

Then the 2020 lost season for minor leaguers happened.

The Reds brought him to the US to start the 2021 season and Elly was determined to prove all those doubters wrong and take his name off the “flyer-type” list. Between Rookie league and Low-A ball, Elly slashed .296/.336/.539. He was growing into his power and keeping his walk and strikeouts in check. His strikeouts and walks did take a bit of a hit when moving up to Low-A. In 210 plate appearances his walk rate dropped to 4.8% and his strikeouts rose to 31%. He did have 8 home runs and 35 extra base hits in total. Also he was successful 10 times in 15 stolen base attempts.

2022 was just another season of Elly staking his claim to not only the Reds top prospects list but also the top players list in all of baseball. He played in High-A ball and Double-A and had a .304/.359/.586 line. Tremendous for a 20-year-old with a missed season. Scary to think where he would be if 2020 hadn’t happened. His power jumped to a whole other level. He had 28 homers over the season and a total of 68 extra base hits in 513 plate appearances. The base stealing improved dramatically with 47 steals and only 6 caught stealing. Elly got a lot smarter on the base paths, taking extra bases running first to third or second to home at will it seemed. The strikeouts did rise to 30% but his walk rate stayed in the 7% range and if he can keep that power contact up then the Reds will love with those strikeouts. That is today’s game.

Elly was recently added to the Reds 40-man roster and should begin the season in Triple-A. He has spoken of wanting to stay at short but the Reds have been moving him around. He has the arm for third, can play second and there has even been whispers of a move to center. The sky is really the limit and the Reds really did find a diamond in the rough here.

So, who could be the next Elly?

Another player the Reds signed out of the Dominican in the 2022 international signing period. Another player that BA did not rank in their list of top international prospects. Another player who actually made an even bigger splash in his pro debut than Elly. As a 17-year-old in the Dominican Summer league he slashed .355/.506/.442. Compare that to Elly’s line of .296/.336/.539. More contact, higher on-base, with less power. He did only have 7 extra base hits in 182 plate appearances. One major difference is this player has a much better eye at the plate. Again, in his first pro year as a 17-year-old he had a 22% walk rate and a measly 15% strikeout rate. Also the speed on the base paths was better as well with 14 steals in 18 attempts.

I’d like to introduce you to Carlos Sanchez. The 6 foot, 177 lbs., 3B/OF of the future Cincinnati Reds. I expect him to open the season in Rookie ball and take the same trajectory as Elly. If he can also grow into just part of the power that Elly has, he will also be climbing up the prospect ranking lists. As of this writing, Sanchez is not ranked by any of the major publications. I don’t believe he is a top 10 guy in the Reds system as of now. Is that a reflection on him or the stacked Reds farm system? I’m not sure. But is he a top 20 guy in the Reds system right now? I believe so. Check out my new Reds Top 50 in January to find out.

If you are in a dynasty or sim league, draft Carlos Sanchez now. You can thank me later. 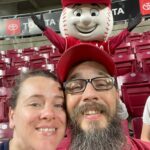