Hello Prospects1500 faithful! My name is Kyle Brown I am originally from Rochester, NY and was raised on baseball by my father and the Rochester Red Wings. At age 6 I had the distinct pleasure of watching Gary Sheffield play baseball in Milwaukee and became a disciple of the bat waggle until his retirement on February 17, 2011.

In the summer of 2007, while waiting for Sheffield to hit his 500th home run, I was able to secure season tickets to the Pirates in a shady craigslist deal that involved me sending money orders into the void of Indiana and waiting to see if I was actually going to receive a book of tickets. Despite my naivete the world rewarded my trust in the great state of Indiana with a bounty of 81 Pittsburgh Pirates tickets.

I am proud to report that I went to over 60 games that season and decided right then and there that I would attach myself to the Pittsburgh Pirates organization for the rest of my life. Gary Sheffield was going to retire eventually and I was going to be set adrift in the ocean of baseball fandom without a lifeboat. No one could call me a bandwagoner if I consciously decided to live and die with a team in the middle of what would end up being a 20 year losing streak, right?

Raise the Jolly Roger! Raise it long and raise it strong. I am overjoyed to be joining the cadre of prospectors at Prospects1500 as the Pirates correspondent. My aim will be to inject hope into any and all Pirates fans who traffic this site and to provide them all with a better understanding of our farm system. The scores of swashbuckling yinzers yearning to know the names and attributes of the players destined to save our organization from the perils of last place can count on me. Feel free to find me on Twitter @CavghtLooking and I will happily provide whatever insight I can into the state of the Pirates organization and/or your dynasty team. Together we will prevail. 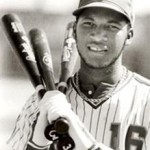