In the latest installment of my adventure through the High-A West, we take a look at the Tri-City Dust Devils, the affiliate for the Los Angeles Angels. It has been a tough season for the team, as they currently sit at the bottom of the division, 22 games below .500. During the recent 2021 MLB Draft, the organization famously spent all of its picks on pitchers, and several of them are now getting their feet wet as professionals with the Dust Devils. The prospects I have decided to talk about here bring different skills to the table. Some of these players have yet to stand out statistically but possess the tools needed to remain notable in dynasty leagues. Without further ado, let us take a look at some of the players you need to know for your dynasty leagues.

The 21-year-old was selected ninth overall in the first round of the 2021 Draft out of Miami (OH). The righty has a lot of scouts intrigued with his double-plus fastball and plus slider. On the flip side, his command and change-up are currently below average. There will be concerns of reliever risk until he shows a viable third pitch in his arsenal. Having two plus pitches to build off is a great foundation.

Considering how early he was selected, the organization will have every intention of developing him as a starter. Should all the pieces come together, Bachman would have a relatively high ceiling and be an intriguing pick on the pitching side in FYPD. Once Reid Detmers graduates off prospect lists, Bachman is the current front-runner to slide in as the organization’s top pitching prospect. Bachman was promoted to AA on September 11th.

With the #9 pick in the draft, the Los Angeles Angels select Miami (Ohio) pitcher Sam Bachman

Paris is a 19-year-old that has worked his way through three levels of the minors this year. Considering that most teenagers will not reach the level, it bodes well for the organization’s belief in his upside. While it may take a couple of years for Paris to fully blossom, he is currently on a path reserved for high-end prospects with high potential. Lack of home run pop at this early stage helps keep his price down in trades.

Looking ahead to the 2022 season, it is not difficult to imagine Paris receiving a promotion to Double-A at age 20. Shortstops with speed in the upper levels at such a young age do not grow on trees. Paris is an intriguing secondary trade target and should cost next to nothing relative to other prospects with similar profiles.

The 21-year-old brings the kind of speed that makes dynasty managers salivate. Unfortunately, the potential that brings has yet to manifest itself on a consistent basis in games. Drafted as an athletic prep prospect, Adams has taken a little longer to develop than some had hoped. The lefty possesses 80-grade speed, plus raw power, and a below-average hit tool at present. Players with his combination of talent will always be alluring to fantasy players, but the hit tool needs to improve for the world-class speed to play.

If it all comes together for the toolsy athletes with elite speed, the result is usually substantial in fantasy leagues. Considering this season has been a statistical disappointment, there is little doubt his stock has taken a hit in a lot of eyes, and rightfully so. With his age, relative inexperience, and blazing speed, Adams is still tantalizing. The lefty should be considered a quality buy-low candidate, and worthy of holding in all but the shallowest of dynasty leagues.

The Jordyn Adams inside the park HR from a few nights ago. Yeah that’s 80 grade speed #Angels pic.twitter.com/EXQjJp1D3D

The big lefty was the Angels’ second-round pick in the 2021 draft. Bush brings a workhorse frame to the table. Listed at 6-foot-6, 240-pounds, he possesses a plus fastball, plus slider, fringe-average curveball, and below-average command. Some scouts think Bush will profile best as a reliever long-term, while others believe improving his command/control will lead to mid-rotation starter upside or more. Bush should continue to add more velocity, so his floor is a big, hard-throwing lefty with two plus pitches, mowing down hitters in the late innings, potentially in a high strikeout, multi-inning role.

That said, tall lefties who can throw hard do not grow on trees, so Bush is worth monitoring to see if the improvements he showed at St. Mary’s College carry over to pro ball. The Angels will develop him as a starter and the end result could be significant if it all comes together. Bush in an intriguing target on the pitching side in FYPD, considering where he’s likely to fall in drafts, and how quickly the Angels are willing to push their prospects.

Kevin Maitan, 3B – One of the highest decorated international signings in recent memory, it is fair to say his career has been a massive disappointment thus far. However, the 6-foot-2 switch-hitter is still only 21 years old. Maitan has gone from a potential phenom to an afterthought, and the truth is probably somewhere in the middle.

Brent Killam, LHP – The 23-year old lefty was impressive early in the season, as he overwhelmed Low-A hitters. Since joining the Dust Devils, he has yet to experience the same level of success. The lefty will need to improve his command if he intends on remaining a viable option in the rotation. From a dynasty perspective, Killam will have trouble reaching the statistical thresholds needed in fantasy unless he can land a closer role down the line.

Hector Yan, LHP – The 22-year old lefty brings an easy plus fastball to the table, but the secondary pitches and command all project as below-average. Yan could work his way into a long career as a hard-throwing lefty out of the bullpen, but his dynasty value is not particularly intriguing without improvements. He represented the Angels in Denver at the 2021 SiriusXM All-Star Futures Game, throwing 2/3 inning, walking one.

Francisco Del Valle, OF – The 14th round pick in 2016, has displayed a strong BB% throughout his career and has a little pop. His hit tool and lack of notable speed suggest he faces an uphill battle to carve out a significant role. 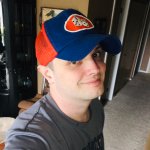