We are almost two months into this glorious 2017 baseball season and the Rockies arguably have their best club in franchise history. Bud Black seems to have provided his young starting staff with the confidence and mojo required to go out there every 5th day and compete, compete, compete! He is the maestro and his orchestra is performing in perfect harmony.

This early success has made it clear that Jeff Bridich will be making a lot of phone calls over the next two months with the goal of acquiring a veteran ace. The young staff of Senzatela, Freeland, Anderson, Chatwood, Marquez, Hoffman (and Gray before he went down with the foot injury) has performed admirably but not all of them have built up the innings or have enough experience to make it through the entire World Series run.

Chris Archer and Jose Quintana are probably the most desirable targets with their combination of consistent health/performance in combination with their long-term extremely team friendly contracts.

Therefore, with dreams of grandeur on my mind, I present to our wonderful Prospect1500 readers, the Roxpects that will arouse Bridich’s counterparts come mid-June when talks begin to heat up.

1. Brendan Rodgers (The Big Kahuna) – Termed the Diaper Dandy in my personal top100, Rodgers will be required by Rick Hahn or Erik Neander. Rodgers has the elite combination of hit tool and power at the age of 20 that all GMs covet. BRodge got a late start to his 2017 season because of a minor hand injury, however, he has been on a tear at High-A Lancaster over the past month and is primed to be an impact major leaguer by 2019.

2. Ryan McMahon (Bounceback Boomstick) – McMahon suffered through a rough 2016 riding the bus all over tarnation as the Yard Goats didn’t have a home ballpark. The 2015 power is back in 2017 and the peripheral improvement is pretty impressive. He has cut his K% from 34% to 22%, maintained his excellent 12% walk rate, and chipped in 7 SBs without getting caught. He is ready for a promotion to AAA and has clearly shown that he has the ability to make adjustments after experiencing failure. 3. Ryan Castellani (RC Smooth) – Castellani has a silky smooth mechanics that he seems to be able to repeat on a semi-consistent basis. He pairs his mid-90s fastball with a sharp slider and a developing change-up, however, command has been an issue early on in 2017. He showed that he was the real deal last year by posting very nice numbers in the High-A hitter’s haven California league. Now he needs to show he can take a step forward with his command and limit the walks for AA-Hartford.

4. Colton Welker (ColtNasty) – Welker debuted last year at Rookie League Grand Junction and performed at a very high level. That performance has carried over to Low-A Asheville and he has put up some very impressive numbers through 7 weeks. He has posted a 919 OPS to go along with outstanding K/BB rates of 15% and 16%, respectively. Keep an eye on this kid regardless of whether or not he gets moved. He has clearly outperformed his competition (Tyler Nevin – who has not shown the ability to stay on the field) and is the fastest rising prospect in the system.

5. Peter Lambert (PeteyPowerlo) – Lambert had an excellent full season debut last season at Low-A Asheville and that success has very impressively carried over to High-A Lancaster (arguably one of the worst pitcher’s parks in the minor leagues). He is striking out more than a batter per inning and has kept the walks in check. He is trending up and will definitely be of interest come the deadline. 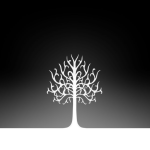