The Colorado Rockies enter the 2022 season in an odd place as a franchise. They finished 74-87, good for 4th in the NL West, and it appears the Giants, Dodgers, and Padres will be good for the next several years. Meanwhile, the Rockies lost one of their better pitchers in Jon Gray and could lose Trevor Story to free agency. Also, their farm system is often ranked near the bottom of the league. The future might appear bleak in Colorado.

The Rockies have yet to fully commit to a rebuild, and before the lockout, were linked to some bigger names on the free agent market. However, allowing both Gray and Story to leave, rather than trading them at the deadline, might come back to haunt the Rockies in the short term. There is some top-end talent in Zac Veen, Benny Montgomery, and a few others, but overall, there are a lot of lottery tickets in this system. If the Rockies commit to a rebuild, they do have a few pieces that could bring in some solid prospects, which would really benefit the farm system.

These rankings are from a fantasy baseball point of view. This means hitters are normally more valuable than pitchers, especially when those pitchers currently face a future of pitching in Coors Field. Also, guys with higher offensive upside get a slight boost as these are tailored for Fantasy Baseball.

Levels listed for each player are the highest-level player reached in 2021.

2. Benny Montgomery, OF, 19, Rookie (ACL)
Montgomery arguably belongs in Tier 1.5, but we will be conservative and place him in Tier 2 for now. Montgomery is extremely talented, but also raw and will need to learn some plate discipline. The unorthodox setup at the plate does not hinder the power, and he has plenty of speed to be a threat on the bases. If his hit tool develops, the power speed combo will have him climbing Fantasy Baseball rankings in no time.

Benny Montgomery (PA) has also had a stellar summer. Has good raw power and speed on the base paths. It’s an unorthodox setup at the plate, but he’s able to make it work. Has a strong arm from the outfield too. Exciting player to watch. pic.twitter.com/so6rIlqKjK

4. Michael Toglia, 1B, 23, AA
Toglia’s biggest concern is the swing and miss in his game. He struck out 27.6% of the time in High-A and 30.2% in AA. He flashed some power with 22 HR, and even some speed with 10 steals which show how intriguing of a prospect Toglia can be. Toglia performed much better in the AFL and showed the power potential that has scouts drooling. He probably starts back in AA but will need to cut down on the strikeouts this year to maintain a higher prospect ranking.

5. Ryan Vilade, OF, 23, MLB
Vilade got a taste of the big leagues in 2021, appearing in 3 games with 7 plate appearances. He did not get a hit, but there is still plenty to like about Vilade’s potential. His 6’2 226-pound frame should provide power; he will just need to make consistent contact to harness it. Of course, hitting in Coors helps.

6. Brenton Doyle, OF, 23, High-A
There is a lot to love about Doyle’s game. The potential power-speed blend should make dynasty players extremely excited; he just needs to hit. His .279/.336/.454 line is enticing, but his 31.6% strikeout shows the risk in his game. He won a gold glove in the minors in 2021, meaning his defense may buy him more time to develop his bat. He figures to be in AA to start the year, and that is often the level that proves a prospect’s worth. If he excels in Hartford, he could be in for a quick promotion, and for a rise to Tier 2 by midseason.

7. Ezequiel Tovar, SS, 20, High-A
The free-swinging shortstop has a ton of potential, the biggest question is when (will) he put it all together? Tovar’s glove could buy him more time but eventually, the hit tool needs to show up. Tovar could be a high average guy who provides plenty of stolen bases, but may never hit for a lot of power.

9. Adael Amador, SS, 18, Rookie (ACL)
He is several years away, but there is reason to be intrigued by Amador. The young shortstop has plenty of speed to be a threat on the basepaths but will need to develop at the plate to be able to harness the speed potential. He did walk in 13.5% of his plate appearances, so maybe he can find a way on base consistently.

11. Dyan Jorge, SS, 18, International signee
The newest addition to the Rockies minor league system comes in at 11. Jorge was MLB Pipeline’s 15th ranked international prospect. He may always be a better prospect for real baseball, than actual baseball due to his defense, but there is potential to develop into a decent fantasy player as well, especially if he gets to play in Colorado. One comparison said he could be Alexei Ramirez with a better bat.

12. Ryan Rolison, P, 24, AAA
The first pitcher for the Rockies on the list is Rolison. He pitched well in 14.2 innings in AA but struggled at AAA. The lefty has a nasty curveball that can fool opposing hitters and adds in a solid fastball plus a changeup. In AA, he struck out 35% and had a groundball rate of 54.5%. If he can translate that over to AAA, then he could get a shot at the majors this year. Of course, pitchers in Colorado are scary, but strikeouts and ground balls can do wonders.

13. Chris McMahon, P, 22, High-A
The second pitcher, McMahon, is probably a year away but could move up the prospect rankings by midseason with a strong showing. Throws a fastball, slider, and a changeup, none of which project to be elite, but all could become above-average pitches with development. Add in average command, and he could be a solid middle rotation arm in the future.

Bernabel was impressive in Rookie ball but struggled in limited action in Fresno. He has the power to be an intriguing prospect long-term, but he still has a long way to go. A solid half season could see him jump to Tier 3…..Weatherly is a former 3rd round draft pick from 2020. The good is he struck out 32.4% of batters faced, the bad is he walked 10.8% of guys. Control will be the key for him to move up rankings…..Rock was the 2nd round selection in 2021, and while there is a lot to like, he is a primary two-pitch pitcher and carries reliever risk. He struck out 37.9% of batters at the complex, so the upside is there to move up rankings…..Fernandez is 19 with a lot of question marks, but a lot of upside…..There is a lot of power in Goodman’s game, but there are concerns about his hit tool. He might not be able to handle the defensive duties as a catcher. Can he handle a corner outfield position, or would he be a DH only player? That might limit his ability to reach the majors…..MacIver hit 3 HR in a game for Hartford early in 2021 and was then named to the Futures Game. It will be interesting to see how Colorado handles him with catchers Romo and Goodman ranked above him for now.

The speed is there for Restituyo, but he may never hit enough for it to matter. Unfortunately, he cannot steal first base, but he is fun to keep an eye on in case his bat shows up over the next several years. Defensive flexibility can help guys reach the majors, and Montes has the ability to play a few positions. Sneaky power could make him a name to keep an eye on…..Brown struck out over 25% of batters faced. If the strikeout continues to develop, there is some upside…..Locey was a former 3rd round pick of the Cardinals that came to Colorado in the Arenado trade. He has great strikeout stuff but walked 15.7% of batters in 2021. 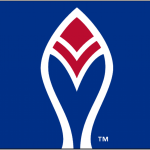 Trent Dickeson covers the Colorado Rockies minor leagues for Prospects1500. Trent also writes for Tomahawk Take, SportsTalkATL, and Fantasy Six Pack. He is an avid Fantasy Football and Fantasy Baseball player and finds himself in several (too many) leagues on a yearly basis. Outside of baseball, Trent loves all sports including football, basketball, pro wrestling, disc golf, and racquetball. Trent is also a huge fan of Adele and her music and can often be found singing her music at the top of his lungs. Trent can be found on Twitter talking baseball, Adele, The Office, and much more. Follow on Twitter: @Trenciarte