Non-Roster invitees are generally a mix of wet-behind-the-ear rookies with an outside shot of making the opening day roster and vets trying to prove they still have what it takes to play at the big league level. In between, of course, there are the utility, AAAA type guys who have had big league experience with limited success and are still trying to establish themselves. This year’s Padres invites are no different. I wanted to take a look at who’s in camp this year.

First we are going to look at pitchers and catchers. Before the end of the week I’ll cover position players.

Before we get started here’s a link to sortable Spring Training stats for the Padres.

Bawcom is 28 and has yet to reach the big leagues. His ERA and his WHIP were great last year so this could be the year for him. Unless he has a huge uptick we won’t see a lot from him, but seeing his debut wouldn’t be too surprising.

Edwards pitched fairly well for the Padres in 2015 but was bothered by elbow soreness for the entirety of 2016, causing him to miss the entire season.

The former Reds reliever hasn’t been in the majors since 2011 and his 2014 and 2015 minor league seasons were certainly better than his 2016 season. He wasn’t bad in 2016 but he did regress. Barring a great showing it’s likely he’ll spend the entire season at AAA. 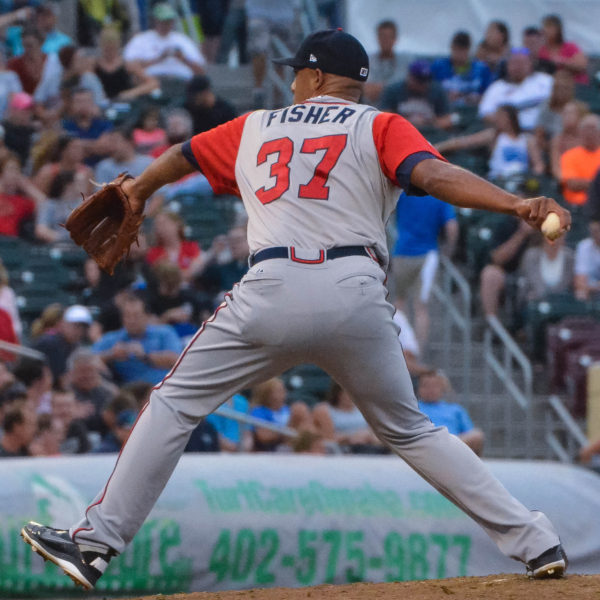 The third Texan on the list (Bawcom, Edwards), had his first taste of AAA last year and did alright posting a 4.67 ERA in 17.1 innings. One of several Texas Aggies currently playing minor league ball, Jester has done well at every level he’s played and it seems likely that he’ll start the season at AAA.

Johnson tends to pitch well in the minors and not so well in the big leagues. At 27 years old he needs to establish himself soon if he wants to have a solid big league career. Injuries hampered his season last year, so hopefully he’s coming into the spring healthy.

Kelly has had at least one bad outing so far but Spring Training is still young. As he gets his reps in his mechanics should tighten up and he should regain the consistency that has got him this far.

Lamet shared in Kelly’s bad outing and actually performed worse, but he still has lots of upside and his progress at AA or, more likely, AAA will be closely monitored by Sand Diego brass this season.

Why not Phil Maton? The Padres big league pitchers are not that fantastic. Phil Maton may not be a blue chip prospect (I had him at #41) but if he keeps getting outs there’s no reason he shouldn’t win a spot in the Padres bullpen. He’s only had one inning so far and he gave up one hit and struck out one. I’m going to be watching his innings count just as much as his ERA and WHIP because that will be an indicator that the Padres have big league plans for him. Another good sign is that Padres manager, Andy Green, mentioned him by name on the MLB Network’s 30 Clubs in 30 Days Padres episode. By the way he has a .842 WHIP in his professional career.

Very similar to Maton in the sense that he’s got great numbers. At .839 his WHIP is even more impressive than Maton’s. I will concede that there is something that the front office sees in both that is limiting their ascent. Neither has started a game in the minors. The scouts and coaches are not dumb. That means something. Their numbers though, are very impressive.

Nina has shown flashes of brilliance, as observed by Nathaniel Stoltz. But winds up giving up too many runs and allowing too many baserunners to be much of a prospect. He’s really someone who must perform soon or he’ll never pan out.

Rienzo pitched at just about every level of professional baseball last year except the big leagues. He’s already suffered from a minor injury to start Spring Training, and that’s never a good sign for an NRI guy trying to win a spot in the rotation.

If I had to pick two NRI prospects I thought would be on the big league roster at the close of Spring Training it would be Maton and McGrath with Wieck a close third. I think he’ll be up soon but needs more seasoning at higher levels. He is another Texan, by the way.

Note: The competition for a roster spot at catcher might have changed a little bit. After pitching in a couple games last year Christian Bethancourt is officially being converted to a hybrid pitcher/catcher/outfielder. This could free up a spot for one of the guys below but none of them stand out.

Cruz has played in the big leagues in every season since 2011 when he won a World Series ring. Based on that track record it seems as he has a shot at spending some time there this year, but based on his batting average over the course of those seasons I don’t see how he has spent so much time in the big leagues. It would not be surprising if his big league days were behind him.

Gale has spent a little time in the big leagues, but he will probably wind up as El Paso’s primary catcher in 2017.

Stephen McGee could very well wind up at AA this year. He doesn’t have the experience of Cruz, Sanchez, or Gale and doesn’t hit as well as them either.

Sanchez has played in the big leagues every season since he was 21. He hit .286 for the Padres in 26 games last year. It looks like he has a great shot at spending a lot of time in the Majors this year. He fouled a ball off of his foot early in Spring Training but that “injury” has already come and gone.