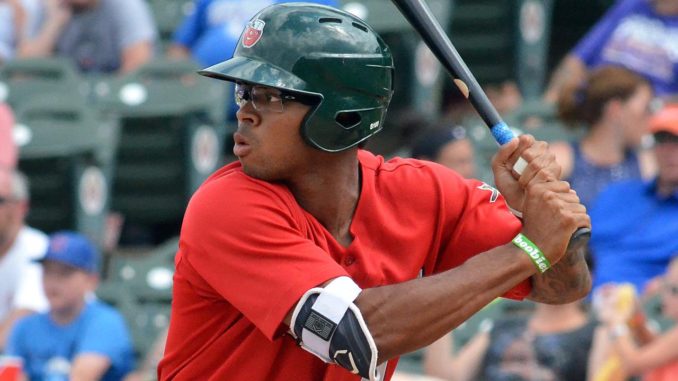 In 2016 Buddy Reed was listed as the Padres #14 Prospect. At 21 he was described as “One of the best all-around athletes in the 2016 Draft class.” Now 23, Reed has not appeared on MLB Pipeline’s Padres Top 30 list since then. He nearly even fell out of my 2018 Padres Top 50 where I ranked him 48th in the system. But something has changed in 2018 for Reed. Starting the season in Class A-Advanced Lake Elsinore, he hit .366 in April and led the California League in hits, total bases, and stolen bases prompting MiLB to name him the California League Player of the Month. Reed has only slowed down slightly in May. He’s hitting .351 on the season now and .394 in his last ten games.

While a quick path to the big leagues is blocked by a wealth of talent, promotion to San Antonio seems likely. Michael Gettys is the only real prospect taking a Double-A San Antonio roster spot. However, the Padres organization could choose to keep Reed in Lake Elsinore simply to build his confidence and keep getting in repetitions at a level where Reed is comfortable. There is no reason to rush him. The organization still needs to figure out who is going to stick between Manny Margot, Hunter Renfroe, Travis Jankowski, Franchy Cordero, and Franmil Reyes. All of them have shown signs that they can be productive major leaguers. Some of them have looked like future big league All-Stars at times. But right now they are struggling in a big way. Margot and Renfroe are both hitting below .205. Franmil Reyes has managed his first two big league home runs, but is only hitting .176. Travis Jankowski started the season in Triple-A but is now looking the strongest, hitting .326 and providing Gold Glove level defense in the outfield.

So where does that leave Buddy Reed? At this point he controls his destiny. If he continues this success, even with a bit of regression he will be promoted to San Antonio soon. If he succeeds there, there isn’t really anything stopping him from a promotion to Triple-A. Once there, anything is possible. The Padres will promote guys who perform ahead of schedule as demonstrated with Franmil Reyes. The current outfield is full of guys with minor league options which makes the roster move even easier. Buddy Reed could be on the verge of something big. 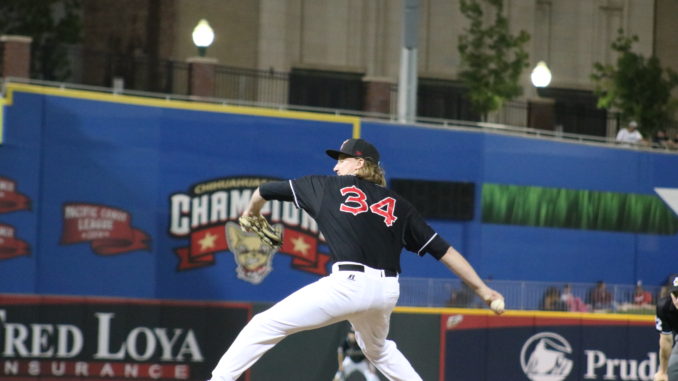 Trey Wingenter had a rough start to the season which ballooned his ERA. It hasn’t fully recovered but he has not given up any earned runs in his last nine appearances and is throwing his fastball at 95-96 MPH regularly. Wingenter could be a bullpen option in San Diego this season.

Michael Gettys has seen his batting average go from a paltry .216 to a more respectable .246 in just 10 games. A stretch in which he’s hit .351. It’s not eye-popping given the small-sample, but it could be a sign that he has broken out of the slump he was in and on his way to a respectable Double-A campaign.

Hudson Potts is hitting a mere .256 in High-A, but when you consider he is only 19 that number looks a bit more impressive. The Southlake Carroll High School alum hit 20 home runs at Low-A last season and is near the pace to hit the same landmark at Lake Elsinore.