Protecting players from the Rule 5 draft held during the Winter Meetings can be a difficult decision for some clubs.  Players are eligible to be selected in the Rule 5 draft by the following: 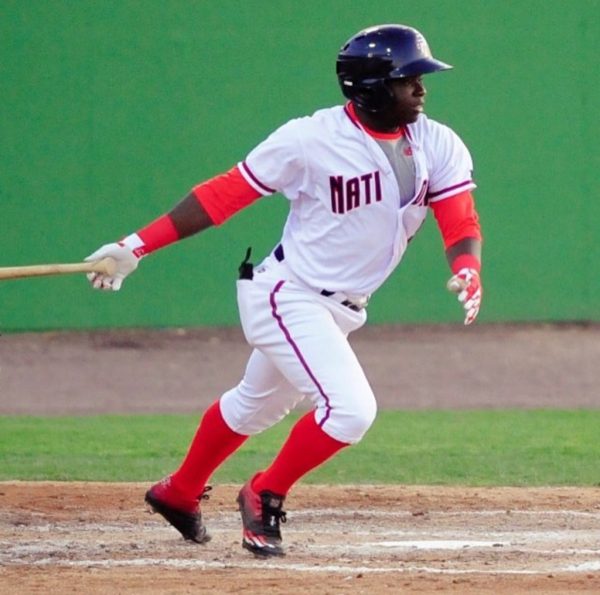 Prior to this year, Washington Nationals prospect Telmito Agustin was often dismissed as a fourth outfielder without much in the way of defense.  His defense abilities have improved but he is more of an everyday left field type. Agustin was an international signee in 2013 from the Virgin Islands.  He burst on to the scene in his first taste of professional ball hitting .300/.413/.495 in the Dominican Summer League.  He continued his hot hitting when he came stateside in both New York Penn League and Gulf Coast League. Agustin struggled for the first time in 2016 when he made it to Low-A Hagerstown. While never a defensive wiz, Agustin was struggling more and more on the field and it seemed to have followed him to the plate. In 238 plate appearances, he hit .265/.309/.387 and his strikeout rate increased from 15% to 27%.

Even with the struggles, the Nationals pushed him to High-A Potomac to start last season. When he did not perform, he was demoted back to Hagerstown. While in Hagerstown, he worked on his approach and his hard work began to pay off. In 315 plate appearances back in Hagerstown, Agustin hit .277/.308/.456.  This year, Agustin has improved his walk rate from 4% to 7% and decreased his strike out rate from 23% to 15%.  While Agustin does not have over-the-fence power, he is making more hard contact that could mean many doubles and triples. In fact, in 40 more plate appearances he has increased his ISO from .069 to .184 at High-A Potomac. Prior to the adjustment he made in Hagerstown, he was a major worm killer with groundball rates hovering around 50%. This year he has a 33% groundball rate with an increase in fly balls and line drives. He has also decreased his strikeouts looking from 22% to 14% this year. I have loved seeing his approach at the plate and the decrease in groundballs is very promising.

Realistically, I see Agustin as a second-tier outfielder or fourth outfielder on a competing club. He will have to keep hitting as his non-elite defense limits his opportunity to receive playing time as a defensive replacement. However, I have always had a soft spot for players who can just put the bat on the ball and ‘dink and dunk’ for those pesky hits. The Nationals have a big decision coming up soon with Agustin as he is eligible to be selected in the Rule 5 draft this upcoming offseason. I could see the Nationals sending him to the Arizona Fall League to get a longer look at his recent swing changes and then decide on whether or not to protect him.  With the trade of Brian Goodwin and the underperformance of Andrew Stevenson this year in AAA, I feel Agustin has a chance to be protected by being added to the 40-man roster. It is hard to “give up” on a young kid (he is only 21) who has shown the ability to bounce back from struggles and make the adjustments needed to succeed.