I will admit right up front that I am a labor guy. I proudly pay union dues.  Even in a confrontation between millionaires and billionaires, I stand with labor against capital, and it isn’t a hard decision, for me. Read Piketty. As a result, this off-season has been tough to watch. Many writers and lawyers have explained the current situation better than I can – here, here, here, or here for example.

For complicated labor law reasons – the new CBA is only one season old and doesn’t expire until 2021 – the union can’t back a strike unless they can show that management/the owners have violated their agreement. There is a chance of that, with the these ridiculous comments from the commissioner’s office:

“It is common at this point in the calendar to have large numbers of free agents unsigned,” MLB added. “What is uncommon is to have some of the best free agents sitting unsigned even though they have substantial offers, some in nine figures…” quote

If not collusion, why does the commissioner’s office have access to nine figure contract offers from teams to some of the best players? Does anyone remember Andre Dawson?

Regardless of all that, the players still have many options to register their displeasure at MLB’s newly found thriftiness and attempt to re-open negotiations.

First, players must rally around a set of common goals (re-open negotiations because we’re getting screwed!) and tactics. Those tactics, along with player unity are key. Unfortunately time and time again baseball fans have demonstrated much more loyalty to the ‘teams’ (and their billionaire owners) than to the stars on the field, and will likely do so again. Players need to realize they have an audience of thirty – the owners. They will be pilloried by the fans and media in this effort.

Accepting that, the players have plenty of leverage to use. A ‘slowdown‘ is a time honored labor tactic. The players wouldn’t have to do it each game, but could agree ahead of time that any game in which an owner is present, or one random game a week. For example, the CF walking to his position after the end of each commercial break, or the catcher walking the ball to the pitcher after every pitch. Each batter once per at bat could go back to the dugout for a new bat and take the time to wipe it down with pine tar. If the commissioner is worried about a three hour game, how will he feel about one that routinely takes four hours?

The other obvious tactic is an orchestrated sick in, preferably by both teams during a national broadcast. Enough players let ‘skip’ know as the lineup card comes out that they can’t go today, and head for the trainer’s table for some ‘work’. This would probably lead to a forfeit, which players must be conditioned ahead of time to accept.

Other creative tactics could include a couple of star players from each team suddenly developing a fear of flying and needing therapy, causing travel chaos mid-season.

The players have plenty of leverage, should they chose to use it.

Ultimately this is the final destination of a long-running trend of the the baseball ‘haves’ repeatedly selling out the baseball ‘have nots’. The players assumed that by allowing hard caps on draft spending, hard caps on international spending, and a ‘soft’ cap on MLB payroll that the remaining dollars would find their pockets – WITHOUT INSISTING ON ANY MECHANISMS THAT WOULD ACTUALLY REQUIRE IT.

Instead the billionaire owners have taken the next logical step to keeping more dollars in THEIR pockets – telling the marginal players to pound sand. Muppet News Flash – baseball owners didn’t get where they are by being nice or fair. I don’t know why the players were surprised that amid rising revenue and franchise valuations (the Marlins just sold for 1.2 BILLION, up from a purchase price of 158.5 million) owners would choose to line their already bursting pockets instead of finding it in their hearts to preserve their employees’ well being, but they were. The naivete would almost be touching, if not so infuriating.

Assuming no major changes between now and the next CBA –  in 2021 – I can think of a few impacts on prospects and dynasty leagues. The 10-day DL roster churn will intensify as more teams go the Dodgers route. Playing time will be one major change – the 600AB/200IP stud will become rarer and rarer – and fantasy owners will need to take that into account in their valuations. This will lead to possibly more playing time for those on the big league bubble – guys like Harrison Bader or Chih-Wei Hu will in the future be more likely to get a partial shot at a role on their big league clubs. I could also imagine that those same types of players will supplant the marginal major leaguers more and more. So the Royals would chose Jorge Bonifacio or Hunter Dozier over, say, Melky Cabrera or Yunel Escobar. The MLB ‘middle-class’ will get increasingly squeezed by marginal prospects. Paying attention to who is on the 40-man roster will become much more important. 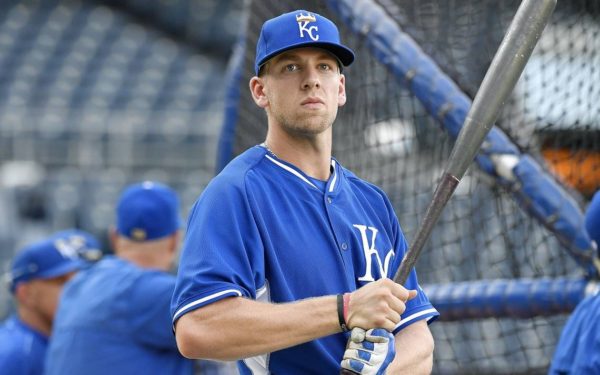 About KC Shankland 23 Articles
KC Shankland lives in Maple Valley, Washington. His Royals fandom runs from the Royals/Yankees blood feud of the ‘70s to Hosmer’s mad dash home. ‘People ask me what I do in winter when there’s no baseball. I’ll tell you what I do. Obsess over prospects.’