Hello friends. My name is Michael, but everyone calls me Mike. I’m very excited to be a new member of the Prospects1500 team. Whether researching for my many dynasty teams, or looking into which prospects’ baseball cards to buy, I’ve been a frequent visitor to the site. Speaking of baseball cards, collecting has hit something of a boon in the past 10 years or so. Part of the growth is due to what’s come to be called “prospecting.” The art of buying a particular player’s prospect cards in the hopes that he lives up to, or surpasses his hype. My job here at Prospects1500 will be to help fill you in on the happenings in the collecting world or “the hobby,” as it’s called. I’ll also talk about what prospect cards are hot and who I think are good buy low candidates. There are many different kinds of collectors, from the guy that collects out of a childhood passion for cards, or the person that tries to predict what players’ cards will go up in value like the stock market. My goal every month will be to have something of interest for both of those people, plus everyone in between.

A little about myself if I may. I’m a 37-year-old husband and father. My three-year-old daughter Christina said to me the other night that she would prefer to watch basketball instead of the Mets game. So I have some work to do as a baseball father. I’ve been a diehard Mets fan since I was very small. My card collecting passion has had a few gaps and it just started up intensely again fairly recently. All told I have been in The Hobby for many years. Right before the start of Spring Training I decided to focus solely on collecting rookie and prospect autograph cards, known as autos. Some of my PC (personal collection) include but are not limited to, Corbin Burnes, Brendan McKay, Tyler Mahle and my main PC and favorite player, Amed Rosario.

I hope to interact with readers and would love to hear from you on Twitter. You can follow me at @SportsGeek711. Tell me the things you may be interested in learning or about prospects you think may or may not go up in value. Some people take collecting very seriously and are not happy with the fact that The Hobby has become overly monetized. For those people and anyone else I want to make clear that just because I talk about a player’s value, it doesn’t mean I plan to buy and sell that player’s cards and nothing else. Value is just a good measure for how popular or “hot” a player is at that particular time.  I have some cards that I do buy with an intention to sell, and others that I hope to have for a very long time, hopefully passing them down to my daughter one day. Alright folks, that’s enough about me. I really look forward to this endeavor and I hope you guys enjoy reading my articles as much as I am going to enjoy writing them! 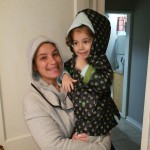