Hello all! My name is Michael Hivry and I am honored to be covering the New York Mets for Prospects1500.com.

Baseball is in my blood. For as long as I can remember it is one of the things that just always “made sense” to me way more than others. I can remember hiding in my room late at night listening to my beloved Mets way after I should have been asleep, not caring about the punishment or sneaking a few innings on the little black and white TV next to my bed when I was lucky enough they were on WWOR.

Many of my memories as a child are of my entire family (5 of us) trekking on Saturdays to Shea Stadium. My poor father lugging tote bags full of food, thermoses full of drinks and whatever else needed to keep us entertained. Baseball, you see, was in his blood also. This is where I get it from.

My parents first date was in 1969 at Shea Stadium, the night the Mets clinched the division. I guess I was “doomed” from the get go. Baseball was the thing I could always talk to my father about and we did it almost daily, even in the offseason.

I have easily been to over 300 baseball games in my lifetime and seen some amazing things including Todd Pratt’s walk off HR vs the D-Backs (the last Mets game at Shea I was at w/my father), Robin Ventura’s Grand Slam single, a 4 hr game, a cycle, multiple World Series games including 2 clinchers and my all-time favorite game to be at, Dwight Gooden’s no hitter even though it was in Yankee Stadium and he was wearing pinstripes.

For me I grew up in Northern NJ living and breathing Mets baseball. Had partial season tickets with my family growing up then continued that with friends when I got old enough. I moved to Colorado in 2001 and just moved back home to NJ in April of 2016. Living back in NJ is great and it allowed me to go “back home” to Citi Field as often as possible. Clearly baseball runs strong in my family and my nephew Nicholas has thankfully caught the bug. I was able to take him to games this year and look forward to doing so even more in the future – hopefully one day to see a Mets World Series victory!

I have played fantasy baseball for about 15 years however up until last year they were all “redrafts.” At that point I found dynasty leagues which is part of the reason I am here. I always read up on prospects however dynasty leagues changed that and I found myself researching and learning about guys I normally wouldn’t.

I look forward to being your voice on all things Mets and welcome any feedback and/or thoughts on what I have to say or what you all may want to see more of.

In the meantime….LET’S GO METS! 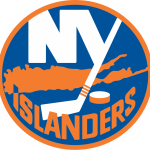