McCormick Field, Asheville, NC – On Sunday July 30, 2017, The Asheville Tourists hosted the Rome Braves in a Sally League matchup that pitted Kansas high school rivals and teenage phenoms Riley Pint and Joey Wentz against each other for the second time this season.  Pint, the 4th overall pick in the MLB draft and MLB.com’s 64th ranked prospect, has struggled to control his plus stuff.  Scouts rate his fastball 70/70, slider 50/70, and change-up 40/55 but his control (30/50) has been his Achilles heel.  Going into the game, Pint has posted an atrocious 5.47 BB/9 (the worst in the Sally League) and a 1.41 K/BB (2nd worst). 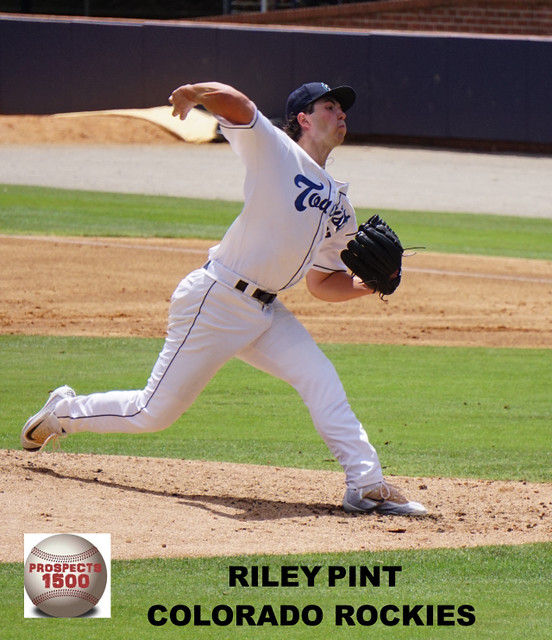 On Sunday, I saw the numbers and scouting grades play out in person.  Pint struggled all game keeping runners off base and using his plus stuff to control the strike zone.  He posted a disappointing 4.1 IP, 7 H, 4 R, 2 ER, 2BB, 4K.  He threw 91 pitches with 59 for strikes.

While Pint struggled, Wentz shined.  He dominated the Asheville lineup, holding them to 1 hit and 1 walk through 6 IP.  He consistently pounded the zone to stay ahead of the hitters, mixed all of his pitches, and showed good poise when runners did reach base.  He finished the game throwing 7 IP, 3 H, 2 ER, 1 BB, 8K with 91 pitches and 64 strikes.  The only blemish on an otherwise stellar performance came in the 7th inning when Tyler Nevin took Wentz deep to RF for his 6th HR.  After retiring Vince Fernandez, Wentz gave up another solo HR to Max George, his 10th of the season.

Tyler Nevin with the oppo 🌮off Joey Wentz pic.twitter.com/hq7LCs94zS

My impressions from the game are that Wentz is the more polished pitcher and at this point in their careers, the better prospect.  He threw whatever he wanted, whenever wanted, keeping Asheville off-balance.  I liked his pace, his poise, and his willingness to attack the zone.  Wentz should move rather quickly through the Braves system and crack Top 100 lists by season’s end.  Pint on the other hand appears to be a long-term project at this point.  He has yet to show any command of his pitches and is unable to take advantage of his stuff.  The good news for Rockies fans and Pint is that he still only just 19 years old playing in a league where the average is 22.  Once he can learn to command the zone he has the stuff to be a big league ace. 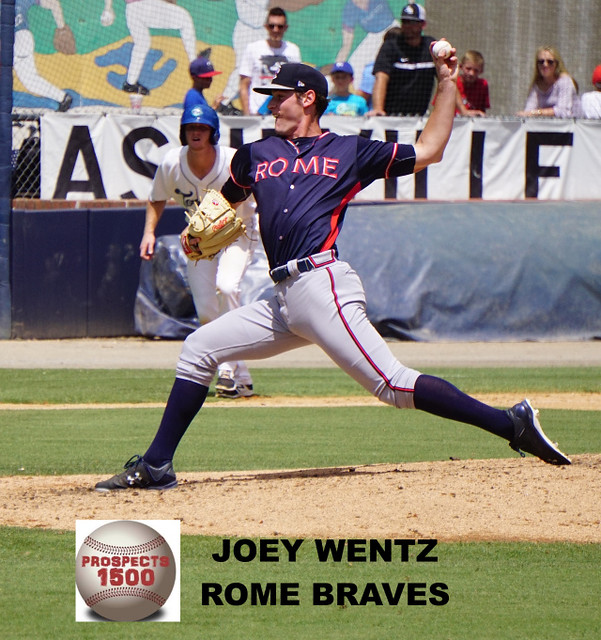 **This post also appears on Jason Woodell’s blog, The Storm on the Horizon **