For a few months one summer I lived on Blaine Avenue across from old McDermott Field, home of the then Idaho Falls Braves. I recall easy summer nights and a particularly brutal heckling incident that led to a visiting 3B getting pulled after committing his third error. A few seconds on Baseball-Reference lets me know that I possibly saw three major leaguers on the home team, the most prominent of which was Roosevelt Brown.  The biggest name on the 1994 Pioneer League batting leaders is 21-year-old Aaron Boone that I have may have seen visiting from Billings.  A 19-year-old Chris Carpenter pitched for Medicine Hat. At this point I have no memory of the matchups I witnessed.

The now Idaho Falls Chukars tore down the old stadium and rebuilt a new one in its place during the 2006-07 off-season. They have been a Royals affiliate since 2003, and just surpassed 1 million in total attendance to the new park.

This is what I was thinking about on the short drive to Ron Tonkin Field from my suburban Portland hotel, that and the un-Cascadia like weather. 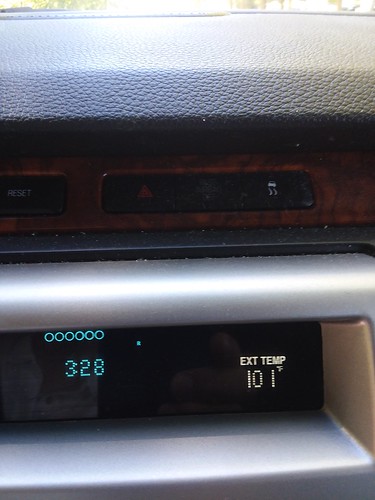 I tried to strategically park in the unfamiliar parking lot and hoofed it towards the park in time for BP. One of the other nostalgia driven highlights was this fan’s reunion with former Royal Jeff Suppan, who earned tens of millions throwing a baseball, and is now the pitching coach for the Chukars. I’m going to guess Mr. Suppan loves the game more than we do.

This is only the third Northwest/Pioneer League All-Star game. It seems like a natural idea and at least for one night in Hillsboro, OR the folks really were into the game. The 2014 Northwest League All-Star game has produced four major-leaguers already, which is surprising given the distance from the big leagues: Franklin Barreto, Christian Arroyo, Franchy Cordero, and Mark Zagunis were all part of the ten inning scoreless tie.

The Royals were represented by five Idaho Falls Chukars in this year’s game (which was played on August 1st):

Holden Capps was an 8th rounder in this year’s draft, signed for $2500 out of Central Oklahoma.

Janser Lara was an older signing out of the DR. He is six feet tall and throws with his right hand.

Darrell Miller was a NDFA catcher from UCLA. Already 23, he is having a nice year with the bat. He is the son of former Angels catcher Darrell Miller.

Robby Rinn is the designated ‘old college 1B destroying the Pioneer League’ guy this year. He is 24, and was drafted in the 25th round by KC.

The fifth guy is the most interesting, 2013 5th rounder Amalani Fukofuka. After first appearing in the Pioneer League in 2015, he is back after 500 struggling at bats in Low-A Lexington. It probably isn’t going to work, but ball park announcers everywhere love introducing ah-muh-LAH-nee foo-coe-foo-kuh. 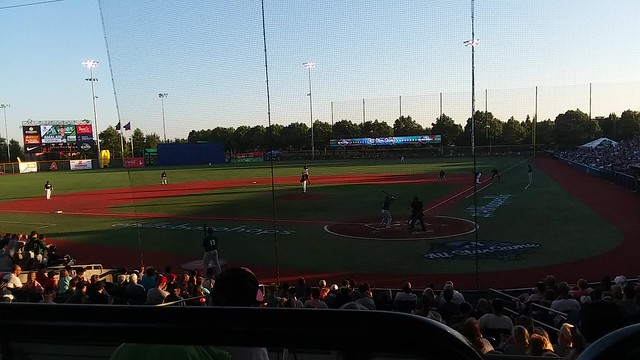 Diamondbacks first rounder Pavin Smith singled in two trips to the plate.  He looks more hitterish than your prototypical slugging 1B. So far in his debut season he has more walks than strikeouts but an ISO of only .100. 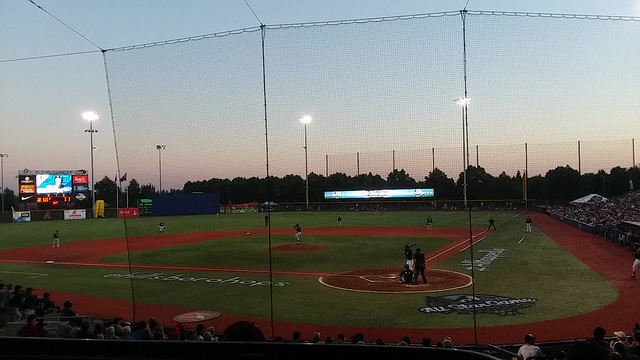 This year’s game had two players that stood out from their peers, the youngest on the Northwest League roster, and the second youngest (by 12 days) on the Pioneer League roster. I doubt they will make the big leagues by 2020, but are certainly worth monitoring.

Starling Heredia is built like a brick Puig house. Though he struck out in his two at-bats this night, he has laid waste to the Arizona and Pioneer Leagues this year, getting a promotion to Low-A Great Lakes after the game as an 18 year-old. He’s a comer.

The other is the Padres’ Henry Henry. Yeah, H2. H2? In any event he should soon progress from funny name guy to someone who can pitch a bit. He had the best velocity on the night, repeatedly hitting 95 on the stadium gun. He also had a mid-80s wrinkle that hitters weren’t picking up. Listed at 6’4” and 178 pounds, it is easy to imagine more velocity in the future. He struck out two in his clean inning, and picked up the win in the exhibition game. 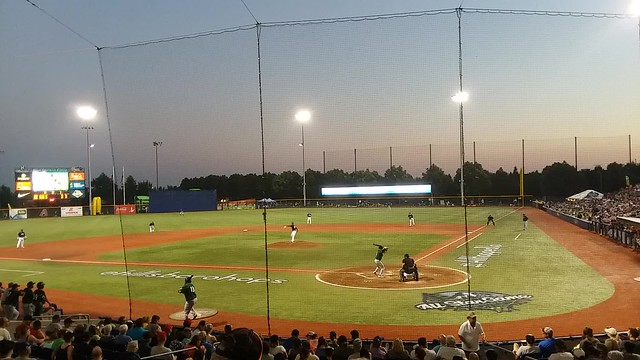