The final game of my Central Valley tour was at Recreation Park to watch the Lancaster JetHawks at the Visalia Rawhide. While my previous stops were ideal for catching video, I had a prime location for capturing great photos here. It was All American Saturday and the home team was dressed in patriotic uniforms.

On this Saturday night I was lucky enough to catch the Diamondbacks’ #29 prospect (MLB.com), Emilio Vargas starting for the Rawhide. While he didn’t appear as sharp as some of his previous starts, he still had a pretty solid outing. Unfortunately his team didn’t give him a lot of run support and the Rawhide ended up losing the game. Vargas has had a stellar year, even starting for the North Division in the Cal League All-Star Game, and based on his stats alone, I’m surprised he hasn’t moved up. 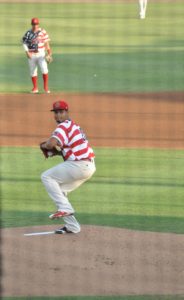 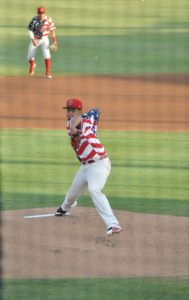 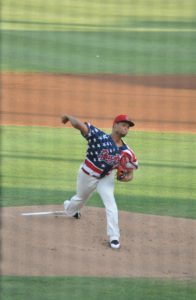 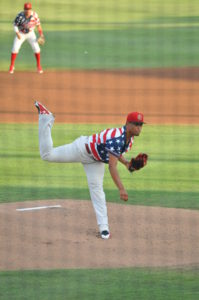 For the JetHawks, I’ve had my eye on the corner infielders, Colton Welker (3B) and Tyler Nevin (1B). They’ve both been hot as of late and are responsible for the JetHawks’ surge that could land them a Second-Half Championship in the Cal League South Division.

Colton Welker was the Rockies 4th round pick in 2016 out of Stoneman Douglas in Parkland, FL. He’s been on fire lately as evidenced by his 15-game hitting streak. Best known for his power-hitting bat, Welker plays a solid defense at third. If the Rockies are unable to resign Nolan Arenado after the 2019 season, Welker could supplant him at the hot corner. 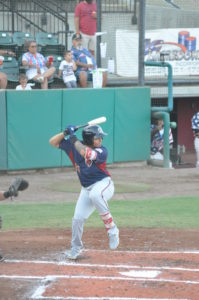 As someone who has not followed the Rockies’ prospects much, I didn’t realize that Tyler Nevin was Phil Nevin’s son. After following baseball for 30+ years, it’s great to see all the children of guys I grew up watching develop as prospects and major leaguers. Initially a third baseman, Nevin has spent most of his time playing at first base. Not only is the third base position occupied by Welker, but first base is actually a better fit for his skills. Nevin had a banner night on Friday, July 20th at Stockton going 4-4 with a double, HR and four RBI. His 9-game hitting streak since that game was just snapped on July 31st. 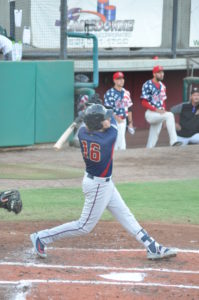 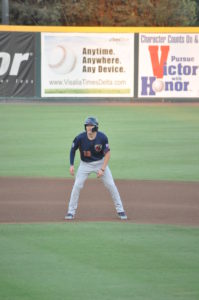