*Editor note: KC attended this same event on August 21 in Keizer, OR as did Tony Morin who submitted his story last week, Total Eclipse of the Park.

When I learned that totality of the Great American Eclipse of 2017 would be just a few hundred miles south I knew this dad was going to drag his kids into the sublime transcendental if it killed him. The Total Eclipse of the Park/Fangraphs event was an easy choice. Luckily, return traffic aside, no such sacrifices were necessary. Plus we got to keep the cool glasses from Google and NASA. 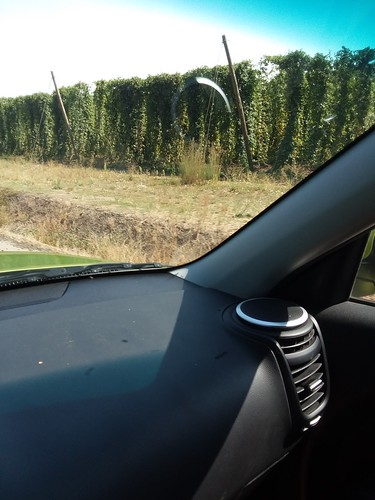 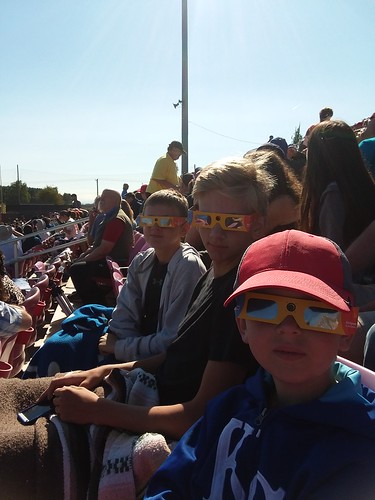 Our E-day started early. We had driven to a hotel in Vancouver, WA the day before, and I chased everyone to bed as early as I could. I woke before my alarm was set, at 0245, brewed the terrible hotel coffee and contemplated a bit before waking the boys. We made the 60 mile drive, including shooting through Portland, in just over an hour. Traffic was heavy but moving well. We arrived at the park as gates were opening and settled into our tasty American buffet gravy breakfast greatness. The sky was clear. Southbound traffic on I-5, beyond the RF fence was continuous. Fans were gathering for a sold-out game at an amazingly early hour for the show. As always, the random Shirsey guys were out in force – this one wins: 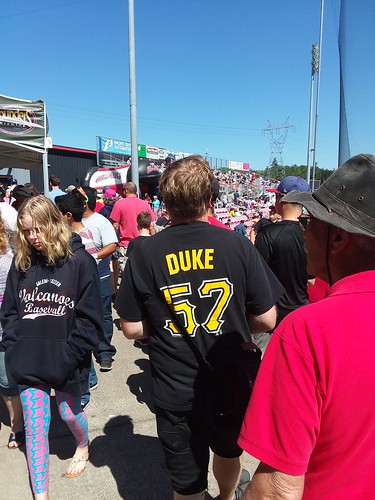 The game was delayed as the visitors were stuck in the heavy traffic coming down from Hillsboro but finally about 0950 the visitors came to bat. The top of the first was a laborious affair for home hurler John Timmins but eventually he was able to gather the third out of his first career start and the umpires quickly called for the heavily anticipated eclipse delay. 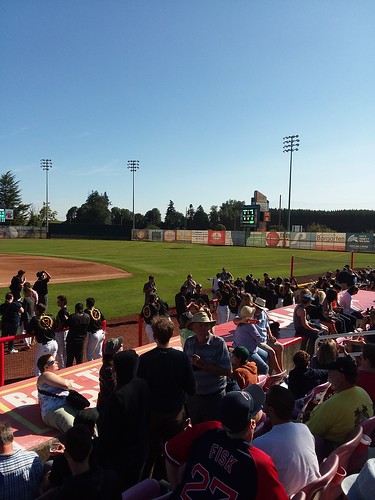 The sun was perhaps 75% obscured at this point and the shadows were just weirdly reemerging for a dusky prelude to the main show. The NASA scientists on hand had delivered a few highlights and explanations but rapidly went silent as the critical moment approached.

And the darkness advanced, the air cooled, and the ball park quieted. Then there was a tiny crescent sun flashing behind a shadow, then a burning ring in the sky that rightly terrified our ancestors, then nothing. It went out and the corona blazed round a dark lidded sphere. There was a whoop and cheers and applause from the crowd. I know I said “Wow, WOW” and quickly snapped a picture of my sons under the totality. As the sun reemerged on the far side of the shadow birds wheeled in the distance to a suddenly too early roost. The field gradually brightened, the air warmed after cooling more than 14 degrees, and the announcer let us know that the game would restart at 1050. My sons wanted pretzels. Life resumed.

The various ancients didn’t have our NASA precision or handouts with disposable welder goggles but they would have had a soothsayer, medicine man, or priest who, unawed by the celestial show, would return the star to its rightful prominence in the sky. On Eclipse Day in Keizer, Oregon that man was Daulton Varsho. He hit an oppo shot. He pulled an absolute bomb HR, and doubled for good measure to guarantee the return of the sun.

Varsho was drafted in the 2nd (supplemental) round of the 2017 draft by the Diamondbacks out of the University of Wisconsin-Milwaukee. Young for college junior, he has MLB bloodlines as his father was a big leaguer. The main question seems to be his future position as evaluators are split on his ability to catch. Dude can swing it a bit, regardless, and is on absolute fire this week – 10 for 20 with 4 2B, a 3B, and 3 HR. Two singles and a cool 1.250 SLG%. For the year he’s at 320/368/545 (through Sunday).

He is built like a catcher but still runs well. His gait has a bit of a waddle to it but with three triples in short-season ball it doesn’t seem to matter. For this week, at least, he has been afire on the field and perhaps helped restore the fire above.