There are two types of fans who make themselves known during the MLB Trade Deadline. You have the almost seemingly overwhelming majority who believe their respective team’s top prospects need to be hoarded, not to jeopardize the organization’s 2-4 year window. Meanwhile, there are fans who make up a seemingly less majority who see prospects as a way to get valuable additions to your roster at the trade deadline. There is no right or wrong type of fandom. With the addition of Luis Castillo from Cincinnati, the Seattle Mariners find themselves in the middle of these two fanbase beliefs. I’d encourage Seattle fans to think like the latter group. The Mariners will be absolutely fine from a prospect standpoint.

All things considered, you need to pay a premium for an All-Star starting pitcher like Castillo. What a lot of fans are arguing the question: is it worth dealing two of your top five prospects, Noelvi Marte and Edwin Arroyo, both of whom are considered some of the best SS prospects in the game? If that wasn’t enough, Seattle also dealt a top-10 starting pitching prospect in Levi Stoudt and potential dominant back-end reliever, Andrew Moore. Indeed, this is a hefty price to pay. However, Seattle fans need not be discouraged by this. The system is still full of options to replace those who were traded. The price is indeed worth it, and that’s especially true with what the Mariners have coming down the pipeline.

When it comes to replacing Arroyo and Marte, Seattle has a good collection of emerging shortstop candidates to deploy. Though extremely talented, it is likely the Mariners’ front office saw both Arroyo and Marte as more relatively expendable because of this. This is not an organization that is hurting for a middle infielder in the minors (or majors depending on your stance on J.P. Crawford).

The name you’ll want to familiarize yourself with first is potential 2023 International Draft signee, Felnin Celesten. The Mariners are the favorites to sign the 16-year-old international free agent. While not officially signed, the international signings have always been more of a hush-hush in terms of negotiations. Seattle will sign Celesten, it just can not be made official until February.

By many evaluations, Celesten is viewed as the most intriguing international SS prospect since Wander Franco. He brings a solid defensive game, along with power that many have comped to that of Francisco Lindor. There are questions about whether his bat will be up to par to advance through the majors; however, Celesten is still just 16. He’s viewed as a natural at the SS position. The bat will assuredly catch up to the lofty expectations.

Seattle also added to their infield depth through the MLB Draft, as they selected Cole Young in the 1st round. The Pennsylvania high school product batted .437 and .433 during his junior and senior years. Young, while maybe not a projected 30+ home run hitter, has, what many scouts say, one of the best hit tools of any high school prospect in the class. A lot of projection remains with Young. His ability to hit at the major league level isn’t a question. Young also knows how to work the strike zone. He accumulated more walks than strikeouts during his high school career. If anything, at his floor, Young is a consistent major league batter, who could have a very Crawford-like style for Seattle. Young will be a solid option at SS, one who can be counted to produce at the top of a lineup when the time comes.

The name I am most excited about when it comes to Seattle shortstop prospects is Michael Arroyo. No, Michael Arroyo is not related to the recently traded Edwin Arroyo. Michael Arroyo was another international signee and Seattle signed the versatile infielder last January. Thus far, the results have been very promising. Arroyo is hitting .359 with a 1.098 OPS in the DSL. In addition, Arroyo has amassed, 4 home runs, 9 doubles, and 2 triples. These numbers are indicators of Arroyo’s potential power and speed.

While the major names in the Castillo deal are Arroyo and Marte, Seattle also dealt pitchers Levi Stoudt and Andrew Moore. The former a top-10 pitching prospect, the latter a potential closer. When it comes to the Mariners, they’ve been able to accumulate a lot of talented pitching prospects. We’ve already seen Logan Gilbert and George Kirby make their marks in the majors, and the farm system is still well stocked.

Despite the losses of Stoudt and Moore, the Mariners are still full of impact arms such as Tyler Dollard, Adam Macko, Bryce Miller, and potential Mariners top prospect, Emerson Hancock. Each of those names has some high pedigrees among Mariners evaluators and scouts. All are viewed as potential starters for the organization and will fill the void left by losing Stoudt.

As for replacing Moore, a high-leverage reliever, there are still quite a few talented relief prospects in the system, including Isaiah Campbell, Tyler Driver, and Jordan Jackson. This also includes Matt Brash, who despite some struggles in the majors as a starter, Seattle believes can be a dominant backend reliever. Moore, who had one of the best fastballs among all Mariners relievers, will be missed. However, Seattle has enough arms from within the organization to develop for the pen, and has also had recent success bringing in established major league relievers to supplement the depth.

While these are the names whom I’m most excited about, Seattle has many other prospects to keep an eye on to fill the void left by this recent trade. In terms of SS/IF, make sure to watch 17-year-old, Edryn Rodriguez and AA infielder Kaden Polcovich. As it relates to starting pitching, there is intrigue in the Low-A pair of Prelander Berroa, who Seattle acquired from San Francisco last off-season, and Bryan Woo, a college pitcher from California that is starting to showcase serious ace potential. Another arm of interest is Juan Pinto, a 17-year-old that is lighting the Dominican Summer League on fire. Also, recent draftees, Walter Ford and Ashton Izzi will provide the team with a lot of depth moving forward, giving Seattle some more arms to groom.

It’s never easy to see a team’s top prospect be traded away, let alone two of the Top-4 and three of the Top-10. Seattle is in a prime spot to win the World Series this season. In baseball, these decisions to deal top prospects, while a tough pill to swallow, are sometimes necessary when chasing an elusive World Series title. To get a player such as Castillo, in the Mariners’ case, the team has a lot of reinforcements and contingency plans in the minors to overcome the losses of these top talents. They were able to do this deal because of the talented prospects in the system. And, there’s still a lot to look forward to from the young guys on the farm. However, there’s also a World Series chance at stake, and with Castillo, that’s an even bigger possibility. In other words, whatever kind of fan you are at the trade deadline, both the present and future are still as bright as it has ever been for every Mariners fan. 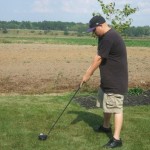 I'm a passionate and dedicated writer for all things prospects. Have a question about a future Seattle star (or any prospect)? Don't be afraid to comment or reach out to me on Twitter @DGentleman9288. Thank you for reading my work. I always love a good debate!