The toughest thing about following the California League is when the good players get called up. Just when you’re starting to get attached and love going to the ballpark to see them play, they’re gone. The first half of the 2019 season is no different. The top guys are performing and most of them will probably be gone at the All-Star break. Here are the top five guys in the California League that are having a great first half and will probably be called up in the near future. 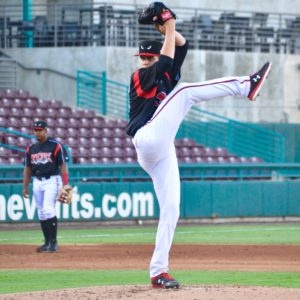 This one is a no doubter. Gore is dominating and ploughing through the Cal League hitters. While I’ve been on the edge of my seat just waiting for the call up, those close to the club think he’ll make it to the All-Star break before getting the call. He’s currently on the Paddack track…all aboard! 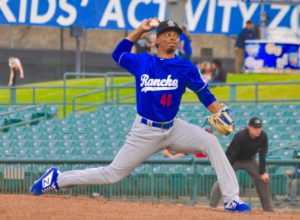 Uceta is quietly putting up great numbers. He’s had a few rocky outings but his numbers are good, his walks are low and his strike outs are high. I feel he could be a streaky pitcher and while he’s on roll right now, I keep waiting for the other shoe to drop. If he does continue his consistency for a few more weeks, he could be in Tulsa after the break. 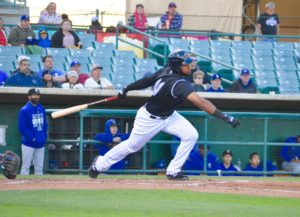 This guy rakes. Say what you will about the Cal League and their hitting friendly ballparks, this guy can hit and hit them out. He’s leading the Cal League in three major categories: runs, home runs, and RBIs*. He’s put the JetHawks on his back and has kept them in the first half race as well. It looks like Castro is finally putting it together at the plate. It’s possible his defense could hold him back though as it still needs some work. He makes a lot of errors when he’s in the field. Currently, he looks like a great candidate to be a DH, but here’s hoping he can clean it up to contribute on defense as well. 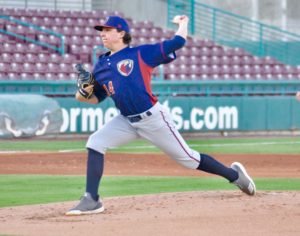 Rolison has already been promoted this year and he made his Cal League debut on 4/23/19. He has been very consistent and all but one start has been a quality start. He’s a very thoughtful, focused pitcher who is intriguing to watch. If he remains consistent, he’ll be promoted in the second half.

Newsome has had a few really rough outings, but his numbers are pretty solid overall. Given his smaller size and average stuff, he’s able to mix it up and locate it well enough to keep hitters off balance. He’s a leader in the Cal League and it will be interesting to see if he can be consistent enough to be successful.

Hit the blog post for scouting video you can’t get anywhere else—like this nastiness from Ljay Newsome.

Honorable Mention to Luis Liberato (Seattle) who would’ve made this list, but he already got called up to AAA Tacoma. He’s still leading the Modesto Nuts in HR and RBIs even though he’s not even there.

Note: All stats as 5/31/19. All photos by Gail Verderico (@1baseballchick on Twitter)

About Gail Verderico 17 Articles
Gail is Bay Area born and raised. She was conflicted on which side of the Bay to root for early on, but eventually made the right choice and sided with the A’s. Gail now lives in Southern California and enjoys travelling around the country watching as many baseball games as she can. Follow her on Twitter @1baseball_gail.