The Minor League Baseball season is coming to a close, but that does not mean we have had the last opportunity to see some of our favorite Athletics prospects in action. The A’s will be sending eight of those prospects to play for the Mesa Solar Sox in the annual Arizona Fall League. In addition to the players heading to the Valley of the Sun, Double-A manager Bobby Crosby will head to Arizona to manage a loaded club. Crosby will lead a very talented roster combining prospects from the Athletics, Cubs, Marlins, Yankees, and Rays. Here are the A’s representatives that will start play on October 3.

Hitters
Zack Gelof, 3B/2B (Midseason rank #3)
The 2021 second round pick was given the challenge of starting the ’22 campaign in Double-A Midland. He was on a tear to start the season, hitting .315 and slugging .458 before a torn labrum in his left shoulder cost him seven weeks of action. When he returned he finished strong (.271/.356/.794, 13 HR, 61 RBI, 9 SB), and will use the AFL to make up for some of his lost time. Gelof is an outstanding athlete, with plus speed, and the coveted positional versatility. The organization has been impressed with the progression of his plate discipline and the AFL will be a good place to continue that work.

Guess who’s back, back again @ZackGelof is back tell friend!!! 💥pic.twitter.com/BEFe3VtWfa

J.T. Ginn, RHP (#6)
Ginn was acquired from the Mets in the Chris Bassitt deal and immediately became one of, if not the top, pitching prospect in the organization. But unfortunately, a right forearm strain limited him to just 10 starts for double-A Midland. A 1-4 record, 6.11 ERA, and 1.47 WHIP are not pretty but Double-A was an aggressive assignment and a 41/14 K/BB ratio leaves plenty of room for optimism. The injury history to his right arm has to be a concern. A strong showing in the AFL would begin to ease some minds and put him in a better place heading into the offseason.

Denzel Clarke, OF (#10)
Clarke has the loudest tools of any A’s prospect heading to Arizona and arguably the highest ceiling. But there is still work to be done for him to get to that ceiling. It was all on display for him this season in his 343 ABs across both levels of A ball. The good: power (.220 ISO, 42 XBH) & speed (30 SB). The bad: (.209 AVG in High-A, >30% K rate). The organization loves his athleticism and feel for the game and believes that with more reps he could reach that ceiling. He will get those reps against a good level of competition in the AFL.

DENZEL CLARKE, NO YOU DIDN’T pic.twitter.com/DcCNPIfK0m

Ryan Cusick, RHP (#14)
It has been quite an eventful 14 months for Cusick. He went from first round draft pick of Atlanta, traded to Oakland, an aggressive assignment to AA Midland, then to the injured list with an oblique strain that limited him to just 41 innings this year. When on the mound, he was not able to get into a groove and struggled with his command (6.3 BB/9), leading to high pitch counts (18.8 P/IP). There is a lot of talent and upside in his right arm and much like Ginn above he can use the AFL to end 2022 in a positive place.

Lawrence Butler, 1B/OF (#19)
Butler is another intriguing prospect that brings big power (.198 ISO and .468 SLG), decent speed (13/18 in SB attempts), and positional versatility (playing all 3 OF spots & 1B) all while hitting from the left side of the plate. His strikeout rate (31.5%) will need to improve, but thanks to a 12% walk rate he was able to get on base at a good clip (.357 OBP). Like so many others on this list, he missed a chunk of the season with an injury (fractured forearm) and looks to make up for missed ABs in the AFL.

Mason Miller, RHP (#25)
Miller is the name on this list that I am most excited to see in the AFL. His season debut was delayed until late August due to a shoulder strain. When healthy, he has the stuff to be dominant. The 6’5″ righty is armed with a fastball that routinely touches triple digits, an above-average slider with good bite, a solid changeup to keep hitters off balance, and good control/command. Dynasty owners will need to keep an eye on him. If he has a strong showing in the AFL, his stock will start to rise in a hurry.

3rd and final inning for Miller: 3 pitches including his final strikeout at 101mphhttps://t.co/HTvqgZkhYx

Michael Guldberg, OF (#35)
Guldberg will be on the taxi squad for the Solar Sox. He has a good skill set that points to a fourth outfielder type at the big league level that would provide sound defense and a good ability to get on base. Again, injuries have limited his at bats (174 in ’21, 163 in ’22). 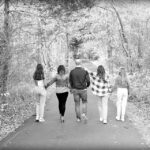 Jeremy covers the St Louis organization and contributes on Prospects of the Week for Prospects1500. Born and raised in the Midwest, he is a lifelong fan of the Birds on the Bat. You can follow him on Twitter @JMahyfam for more baseball content.

"Love is the most important thing in the world, but baseball is pretty good, too." -Yogi Berra