With Spring Training here, guys getting the rust off their cleats and gloves from the offseason, and another season upon them, here are 5 storylines that A’s fans should keep an eye on.

1. How will Jesus Luzardo perform in Spring Training and where will he start in 2019?

This should be the overarching question for any A’s fan to consider during Spring Training. Luzardo, the team’s #1 prospect shot up the prospect rankings in 2018 going from A+ to AAA. Having already pitched in 2 Spring games (2nd as of February 27th), A’s fans are starting to see the potential that Luzardo can bring. I personally think that he should make the Opening Day roster, but that’s not up to me. He will bring the A’s some youth on the pitching side and have plenty of veteran pitchers to guide him through his debut. It will be interesting nonetheless to see where Luzardo ends up and to follow his 2019 season.

Having just come off surgery, one can only wonder how Puk will look in 2019 and when he will make his 2019 debut. According to Baseball America and Cronkite Sports, Puk threw his first bullpen session a couple weeks ago for the first time since last April. He will look to rebound from his surgery by ramping up his throwing sessions during Spring Training and some say that he has a chance to make his MLB debut sometime in late 2019. A realistic path for Puk is to throw some more bullpen sessions and hopefully face live pitching towards the end of the Spring. I see him making his 2019 debut in either AA Midland or even possibly AAA Las Vegas, but don’t see him making his MLB debut until August at the earliest or early 2020. While I am no Billy Beane, I can only predict what may happen to one of the hardest throwing lefties in minor league baseball.

Happy to say that this semester, I will be covering Cactus League prospects in partnership with @BaseballAmerica. Here is the first story about #Athletics LHP A.J. Puk’s recovery from Tommy John. https://t.co/sTkp3X4RAE

Both of these prospects could have their own sections, but I decided to add them together because I think they should make their debuts within the same year or two. While Murphy may be a little more major league ready, Neuse is not far behind. Murphy is blocked behind Josh Phegley and Chris Herrmann, both who can easily be replaced. Murphy showed some serious improvement last year where he split the season between mostly AA and AAA. Hitting .288 most of the year in AA, Murphy had the chance to work on some of his skills while still facing some elite talent in the minor leagues. I think he starts the season in AAA, but finds his way up to the big league club sometime in 2019. Neuse on the other hand is a wildcard in my opinion. Coming over from the Nationals with Luzardo, he has slowly found his swing and caught the eyes of A’s executives. His path is a little more blocked considering he is behind Matt Chapman, but if he continues to hit, he should be one of the next injury call-ups if someone is put on the DL. Overall, both prospects should see some time in the Bay Area within the next season or two.

Sean Murphy’s solo blast provided the #Athletics with their first run of 2019. Murphy, who hit eight homers in 73 @MiLB games last season, is No. 3 on the new @Athletics Top 30 Prospects list: https://t.co/JMHoQqDRHo pic.twitter.com/lnsp9ZnamF

4. 2018 Draft Prospects get a taste of their first minor league spring training!

Top draft picks Jameson Hannah (#9), Hogan Harris (#27), and Alfonso Rivas (#24) (Kyler Murray chose football over baseball) will be getting their first taste of Spring Training. All three guys were ranked on my A’s Top 50 Prospects list I published last month as they should be. They are brand new prospects and deserve a chance to show fans what they possess. Who knows? Maybe one of these three guys will have the lucky chance to take an at-bat in a late inning major league ST game. For guys who just got drafted, Spring Training is a chance to get acquainted with new and old teammates as well as a chance to work on skills in front of coaches. The beauty of Spring Training is that everyone is there to learn and become better, so they will have plenty of chances to learn from other guys. These guys will be with the rest of the organization throughout Spring and are there to learn and grow as ballplayers.

Up from mini-camp, this guy is taking over DH duties in Mesa.

5. How will the overall farm system improve during the 2019 season? (Feb-Sept)

Yes, this is supposed to be a Spring Training article, but this last storyline ties everything together. According to Bleacher Report, the Athletics farm system ranks 12th on their most recent list. Considering how many guys they have graduated in the past 2-3 years, I think 12th is still amazing. With guys like Puk, Luzardo, Murphy and Neuse who have yet to reach the majors, the farm system is still teeming with talent. Once these guys get their first taste of Oakland and graduate from the prospect list, new guys will enter and prove what they are made of. I see this system still being a top 20 by the end of the 2019 season and some of these guys making a big impact with the team by September.

These storylines are just some of the many that one will encounter during Spring Training. As I mentioned, Spring Training is for growing and working on skills to be used during the season. There will be players who surprise everyone and there will be others who disappoint and lose development time. I think the A’s have a great young system still ready to help the big league club make another playoff run in 2019. 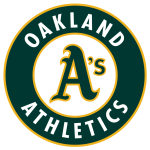 Hello Everyone! My name is Jake Plotkin and I will be covering the Oakland A's prospects for Prospects1500 this season. As a lifelong Texas Rangers fan, switching to the A's will be a unique twist, but I'm looking forward to learning more about an up and coming system. I will provide up to date information on each team in the system as well as profiles on players I believe will make an impact in the future.

I am been fortunate enough to have worked in baseball for the past two summers, so I have gotten to see some very young talent up and close. Prospects are the future of baseball and that is one of the big reasons on why I am so interested in discovering the next superstar. I hope you will join me along this journey and feel free to comment.

I recently graduated from Arizona State University with a degree in Sports Business & History. My previous journalism experience included being on my high school newspaper, so it's been awhile since I have written, but I look forward to start reviving my journalistic talent.