There had been a significant amount of palpable excitement leading up to the recent big league debut of baseball’s current top prospect, Vladimir Guerrero Jr. In just a few years, it is fair to expect the same frenetic fanfare for Wander Franco. Many sources, including myself, consider Franco as the fourth overall prospect in baseball, only behind Guerrero Jr., Fernando Tatis Jr. and Eloy Jimenez. All three of those players are already in the majors in 2019, and by midseason it is likely (health-permitting, as Tatis and Jimenez are currently on the IL) that they will all satisfy the rookie eligibility limit of 130 at-bats. From that point on, there will plenty of speculation as to who will be considered baseball’s top prospect heading into the 2020 season. Although there are many talented prospects in baseball today, Franco boldly stands out as the top minor league prospect in a loaded system (Rays 2019 Top 50 Prospects.) His combination of early-career production and projectable upside from both sides of the field are practically unmatched amongst the minor league ranks, and it’s only a matter of time until he claims the title of baseball’s next major attraction.

To get a better idea of where Franco’s future could take him, it makes sense to take a look at his background.  Baseball is a family tradition for Wander Samuel Franco. He’s the nephew of former major league middle infielder Erick Aybar, and also has two older brothers currently in minors league systems (Wander Alexander Franco, Giants; Wander Javier Franco, Free Agent.) Wander Franco was a 13-year-old phenom from the Dominican Republic when he was first noticed by the Rays’ international scouting department in 2014, and was considered by many to be the top international prospect when he was officially signed by the Tampa Bay Rays in 2017.

Franco made his professional debut for the Rays’ Rookie-level affiliate Princeton Rays in June 2018, where he was younger than every pitcher he faced all season. In 273 plate appearances, he dominated the competition, slashing .351/.418/.587 with 11 home runs, four stolen bases in seven attempts, a 9.9 percent walk rate & 7.0 percent strikeout rate. He also held the distinction of highest OPS (1.004) of any shortstop in the minor leagues (min. 250 PA) on his way to winning the Appalachian League MVP. A smooth, switch-hitting shortstop with the ability to hit the ball with power to all fields, Franco consistently maintains a level approach and utilizes his quick wrists to generate electric bat speed in every at-bat. To this point in his career he’s been equally as effective from both sides of the plate. In his first professional season, he hit .352 from the left side and .343 from the right.

After playing the entirety of his 2018 debut in the Appalachian League, Franco opened the 2019 season with Class-A Bowling Green Hot Rods, and unsurprisingly he’s been as good, if not better, than advertised. Just over a month into his second professional season, he’s continued to terrorize opposing pitchers on a nightly basis. As the calendar has turned to May, in his first 122 PA, Wander Franco owns a slash line of .284/.369/.500, with three homers, four steals, an 11.5 BB% and 10.7 K%. Considering he’s once again the youngest player at his new stomping grounds, the Midwest League, these numbers still stand out. He also continues an impressive trend from last year, as he’s walked more than he’s struck out in 2019. That level of plate discipline has allowed him to continue to thrive against a higher level of competition, with six multi-hit games and a 12-game hit streak already added to his list of accomplishments on the young season. He has been exclusively a shortstop and designated hitter this season, but many believe he could play second base in the future. Regardless of wherever he’s aligned in the infield, Franco possesses the athleticism, raw tools and naturally quick reflexes to be an above-average defender in the middle of a major league diamond.

If you don’t get a chance to see Wander Franco this season, I did my best to capture the moment for you. 👍

Here’s an up-close, uncut at-bat of his from Monday’s @BGHotRods v @TinCaps game. He popped out to center field, but every Wander AB is worth your time. #Rays ⚡️⚾️ pic.twitter.com/v3WVDh0TWA

Wander Franco’s future value is obvious to many and already transcends the field, as evidenced by the fact that his signed cards in the recent 2019 Bowman Baseball release are selling for a fortune online. Franco’s Bowman 1st card is considered by many collectors to be the most valuable card in the entire set and if interested, you can currently find his Bowman First Autograph inserts listed online on Twitter and ebay for thousands (yes, thousands) of dollars. The 2019 Bowman Chrome Wander Franco Superfractor Autograph was pulled in a LCS (Local Card Store) in Amarillo, Texas, and was subsequently sold for “somewhere between $60,000 and $100,000,” according to the anonymous buyer. The value of these cards has given the product, and the legend of Wander Franco as a result, increased attention amongst many outside of the hobby’s community, including high-profile entrepreneur/investor Gary Vaynerchuk.

We are less than a year removed from Wander Franco’s stateside debut, yet he’s already managed to set the baseball world ablaze. It’s simply remarkable the amount of hype that his play has garnered, but it’s more than justified. At times it’s hard not to wonder if Franco could have a great deal of success in the majors tomorrow, but the Rays are as diligent with their prospects as any organization in baseball and will assuredly take their time with the top prospect. Most empirical evidence suggests that he will make his long-awaited major league debut at some point during the 2021 season. Until then, the massive speculation will persist as he rakes his way through the minor league ranks and towards the top every minor league prospect rankings. We may have to wait to see Franco against big league competition, but fear not, his star will continue to shine, increasingly brighter, on his path to greatness. It’s Wander’s World now, and we’re just living in it. 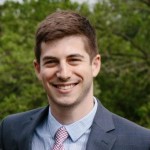