With the first month of the MiLB season complete and small sample sizes are starting increase, we can now gain a little perspective on what to look for as the season progresses. There is no doubt about the strength and depth of the Tampa Bay Rays farm system. Most of major publications such as MLB Pipeline, have the Rays system ranked anywhere from the 4th spot to the 6th spot. Regardless, the system as whole is talented and deep. This Durham Bulls primer includes all players that have caught my eye. Some of them are names we all know with a name or two who might be new to all of us.

Willy Adames has been on fire for the first month of the season. He recorded his 1st career grand slam to go along with 2 other long balls. Adames also has 6 XBHS’s that suggest his natural raw power is carrying over into game power. He has cleaned up his defense having 4 errors in the first few weeks of the season and since only having 1. Regression back towards his norm will start to start to happen as the season continues. However, I still feel his power numbers overall will be an improvement from past seasons. The big league club has a log jam with the MI positions, but Adames is making a push to get called up that the Rays will not be able to ignore. The projected slash line for 22 year old SS was .245/.321/.360/.682. What he has produced in 120 PA’s to date is a vastly improved .300/.392/.470/.862. I also want to note that his improved plate discipline is factoring in with his early success. The walk rate has improved by 2.1% and the strikeout rate by 2%.

Jake Bauers is starting to turn the heat up recently. Coming into today’s game (5/8), Bauers put together a 7 game hitting streak that included a few multi-hit games. During that streak his BA jumped from to .250 to .273. After today’s game it dropped back to .262. What I like about the lefty 1B is he brings power, some speed, and versatility to the yard. He has 6 SB’s early this season and being just a C.J. Cron injury away from getting the call. I do not see the stolen base numbers increasing a ton due to not risking the chance of injury. Bauers, standing 6’1 can play 1B and a corner outfield spot if needed. With 103 AB’s, his slash line reads .262/.339/.456/.795. Cron has been productive with the Rays during the 1st month, but I still feel Bauers gets a call up at some point during this season. Even if it for a short stay.

Forrest Snow  has spent his entire career in minor league baseball, but is off to an early start that could be a career year for him. In other words, the 29-year-old could get a chance to finally get a call up. Ignore the age and let’s take a look at his numbers during the first month. The 6’6 RH has appeared in 7 games with 5 starts. Snow is sporting a 2.56 ERA and a 1.04 WHIP in 31.2 IP. He has 33 strike-outs to go with only 9 walks. Left-Handed batters have been struggling against him just as much as right-handed batter. Lefties currently have a .189 batting average and righties a .183 batting average. I would love to see him keep this up and make his big league debut this year.

That is an early season look at your Durham Bulls. There was plenty more I could have mentioned but these were the players and numbers that stood out to me. There will be plenty of coverage over the season on here and from my Twitter feed @bbbaseball101. Look for articles in the near future on the rest of the Rays affiliates and prospects you have heard of and others you will get to know. Hit me up if you have any questions or comments. I am looking forward to diving in deeper into the Rays loaded minor league prospects.

Featured image of Willy Adames – via Durham Bulls on Twitter 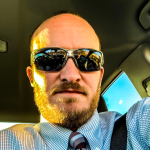