Depending on the team, we are roughly 15 or so games or 25% into the 2020 MLB “season.” As I write that on August 9 tells you all you need to know about 2020 to this point. As it is, Summer Camps concluded and the boys of summer are officially back! Unfortunately, for minor leaguers, there’s no season to be played. Most are relegated to individual workouts and at least a year of question marks ahead. There are, however, a handful of Blue Jays’ prospects who figure to play a role in the success or failures of the big club in 2020.

More “prospects” than expected are actually a part of the Jays’ 30-man roster early on. Others remain part of the larger, “COVID-19 alternate training site.” The latter are spending their summer working out, practicing and scrimmaging on quiet fields in Rochester, NY hoping to make their mark down the line. In a strange turn of events, with the Jays not allowed to play home games in Canada this year, their placement in Rochester makes some sense. The big club will play their 2020 “home” games just down the road in Buffalo.

Let’s dive in and take a look at 10 names to know, most of which are already with the Jays now, and a few who could find their way to Sahlen Field at some point in the next 50 days. Keep in mind, this is not a top 10 list. These are 10 names from our earlier Jays Top 50 that have/will/could impact the parent club in 2020.

Prospects1500’s own Greg Bracken ranked “Nasty Nate” #1 on his Blue Jays Top 50 Prospects list back in January and it’s hard to argue with that lofty perch. At the outset of this shortened season, it was a curious choice for the Jays to not name Pearson an initial part of the 30-man roster. Rather, he was a part of the 3 man “taxi squad”, making him eligible to practice with the big club but not play in the team’s first few games. Like most things in 2020, the situation was fluid, though. Fast forward to Wednesday July 29. Pearson is not only off the taxi team, he lined up to face Max Scherzer in DC in his ’20 debut. All he did was K 5 through 5 IP, giving up a meager 2 hits and 0 runs. His second outing was decent but unfortunately his third on 8/12 didn’t go quite so well. Anyway, that his debut came a day after the team gained another year of control is only consequential, I’m sure. That notwithstanding, I’m really excited to see what he has to offer years to come. Featuring an upper 90’s to triple digits heater, wipe out slider and improving change, the 23 year old righty has plenty in the arsenal to guy guys out. As he continues to develop, he’ll be the staff ace (may be already) well into the next decade making Pearson a name you definitely need to know.

A show about @big_nate5‘s fastball?

Too Hot To Handle 😎 pic.twitter.com/y6FLlxhTOo

A key piece of the NY Mets trade that saw Marcus Stroman head off to the Big Apple, Kay saw a little time in the big leagues last year.  Throughout camp he was a possible choice for the 5th starter role but Kay began the shortened 2020 season in the Jays pen. It appears he’ll spend time as a long relief or swing man for the time being. As of today, he’ been used 3 times in that long relief role with nice success. In 8 IP he’s 1-0 with a 1.13 ERA and 0.75 WHIP. He’s K’d 8 and given up only 1 HR. As it sits now, he is one of only three LHP on the Jays’ active roster. Whatever his ultimate role, you’re going to see plenty of him this year. Injuries to others – or even a move to a six man rotation – could make him far more valuable to the Jays and your fantasy teams too. There have been questions about injury risk, but he remains a solid left handed arm on a team in need of pitching depth. The bespectacled one has a fastball that sits low 90s along with a useful curve and change. He’s not the highest upside arm in the organization, that’s for sure. That said, he’ll impact more 2020 fantasy teams than those ranked higher on top prospect lists than him. Keep Kay in mind if you’re looking for SP depth later this year.

If you’re sensing a theme here, there’s probably a good reason for it. It’s by design I’ve listed three young pitchers in a row. Unless you’ve been living under a rock, you know the Jays top prospects from years past make up most of the team’s starting 9. By most all accounts, the names in the “prospect” world who will impact the Jays this season will stand 60 feet and 6 inches from the plate. Hatch was a 3rd round pick of the Chicago Cubs in 2016 so he might be older than many of the prospects you’d expect to find on this list. In fantasy circles though, he projects to have ample opportunity to make a name for himself this year. Even though he’d never pitched above AA, Hatch made his MLB debut earlier this season against the Rays. He’s appeared four times and acquitted himself nicely to the tune of  8 IP, 3.38 ERA & 0.88 WHIP.  Again, his role is somewhat in question, but when called upon, he’s performed well. With an increased emphasis on his cutter and change, Hatch has morphed himself from the pitcher we Cubs fans came to know. Post trade from the Cubs, Hatch impressed with a 2.80 ERA and 34 Ks in 35+ IP. As noted above, it’s unclear how the Jays will approach the back end of the rotation as we move through this year. Should they go to a 6 man, Hatch may find himself a starter sooner than later. Were there injuries to just a couple arms ahead of him, something we have to figure is possible in this shortened season, he could end up being an every fifth day SP. For that, you need to have him on your radar at minimum.

What’s a Blue Jays list if you can’t get at least one native Canadian on it, right? For those of you who find yourselves lacking in the Saves category later this year, keep Romano’s name in mind. Original closer, Ken Giles has already gone down with Anthony Bass stepping into the role. While he’s looked solid to date, Bass is NOT someone that I’d expect to completely run away with that job. As the aforementioned Greg Bracken wrote in his Top 50 article earlier this year, Romano was dominant last season in AAA (53 Ks in only 38+ IP). That dominance continued, at least from a K perspective, in his cup of coffee with the Jays (21 Ks in 17+ IP). Should the chips fall correctly, or maybe incorrectly if you’re a Jays-backer, Romano could easily find himself in line for saves later this year.

I know, I know…when I say middle infield prospect from Toronto, Espinal’s name isn’t the first to jump off of your tongue. Clearly stuck well behind Bichette & Biggio, along with vets Shaw, Drury and Panik, Santiago may or may not see much of the field this year. However, 6 players into this list, I’ve referenced injuries and the impact they could have on opportunities given those discussed herein. Bichette has already missed time, Shaw too. With the shortened preparation period for players before the year, injury risks are as high as ever. Espinal came to the Jays from the Red Sox in 2018, a part of the Steve Pearce trade. Last season across multiple levels in the minors, Espinal slashed .287/.347/.393 with 7 HR and 71 RBI. Given the right circumstances, he could be stopgap MI for teams in ultra-deep leagues.

“Mountain Man-oah” as I liked to refer to him at West Virginia is another prospect who gets an opportunity to work with the Jays staff at their alternate site in Rochester. The 6’6” 260 lb. behemoth was the 11th pick in the 2019 MLB Draft. He was outstanding in his first foray into professional ball striking out 27 in only 17 IP for Short-A Vancouver. Before that, he was dominant in the Cape Cod league (led league in Ks) just after leaving WVU. Alek signed for a then Jays’ record $4,547,500 bonus. There are some concerns his pitch mix might lead him to the pen.  If that’s the case, it’s not out of the question he takes his quality FB/SL combo to the league later this year. Keep in mind, we already discussed the Jays’ closer situation and we’re only 3 or so weeks into the shortened year.

Another key piece of the Stroman trade, Woods Richardson, was a 2nd round pick of the Mets in ’18. Then a 17 year old kid from Texas, Simeon has developed into a more polished 19 year old…at least as polished as a 19 year old is going to be. I’d be very surprised to see him up this season, but Woods Richardson did get an invite to be a part of the 60-man pool. Getting a chance to continue his development is far more conducive to future success than a year away from the team. From a “stuff” perspective, he tops out in the upper 90s and pitches comfortably a few ticks below that. His plus curveball is really his bread and butter pitch. As the youngest player in the Florida State League he impressed posting a 2.54 ERA along with 29 Ks over 28.1 IP. Again, he might not matter for 2020, but SWR is a name you’re definitely going to know in years to come.

Kirk is a VERY interesting prospect in the Jays system. His frame belies the athleticism there. It’s also led to much speculation on how his future ultimately plays out. 5’9″ and 265 lbs. isn’t generally conducive to being an impact player in MLB. Make no mistake though, the kid can hit. He is with the Jays 60-man pool and should get a decent amount of individual attention over the summer. I’d like to think the staff could get him into better overall shape, but that remains to be seen. On the field, Kirk uses a keen eye and minuscule strikeout rate to grind out ABs. His power should develop but now he’s more of a gap to gap, line drive type bat. As you might expect, speed is not a part of his game.

Because it came out before the Draft, Martin wasn’t a part of our Top 50 Jays Prospect earlier in the year. He will, however, sit high on the list, effective immediately and show up somewhere in that top echelon with our new Jays list in January 2021. The SS from Vandy torched NCAA pitching in 2019 posting a .410/.503/.619 slash line. Martin fell to the Jays in the Draft (5th) and they gave him nearly $7MM to sign. The best college bat in the Draft, Martin will join those mentioned above at the Jays alternate 60 man site. There, he’ll likely get a ton of one on one instruction he wouldn’t otherwise get in a normal year. In an odd way, this could be a good thing. I’m not so sure he couldn’t step in and DH right now, but we’ll have to wait and see him post COVID 2021/22.

I’ll start by saying, I don’t believe Groshans has much of a chance to contribute to the big club in 2020, but he is a part of the 60-man player pool. Thus, he’s worth noting in the context of what does he mean for 2020? Drafted in 2018 (#12 overall) Groshans showed off an impressive hit tool (.337/.427/.482) before a foot injury sidelined him in 2019. Only 20 years old, the 6’4” third baseman should continue to come into what projects to be plus/plus power and Jays’ fans envision him being a part of a formidable infield for years to come. 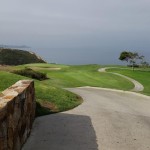