In this article I am going to discuss 10 names that you need to know in the Detroit Tigers system. Because their 2020 Draft was so highly profiled, the first half of these names will chronicle some of those guys. The rest of the list will shy away from the names you already know and focus more on the lesser known players that I will be keeping on my radar.

It is finally a very exciting time to be a Detroit Tigers fan again. First of all, they are off to a respectable start in the shortened 2020 season. Secondly, a lot of their top prospects are on the cusp of contributing to the big league squad. Tarik Skubal is slated to make his MLB debut on Tuesday 8/18, with Casey Mize getting the nod on Wednesday 8/19. Isaac Paredes debuted Monday 8/17 and had a big 2 RBI single. For as much grief as fan give Al Avila, nobody can argue that the Detroit Tigers had an outstanding 2020 Draft. They loaded up on offensive talent which their system was in desperate need of.

Let’s get started on 10 names that you need to know!

This is a name that you already undoubtedly know. There isn’t much I am going to tell you that you haven’t already heard. He was hands down the most highly touted player in the 2020 draft. So let me just take a few to recap for you. Spencer Torkelson is a supremely talented offensive talent. He is arguable one of the most polished players to be available in the draft in some time. He brings with him the beauty of plus power to go along with a plus hit tool. Torkelson isn’t afraid to take a walk either, which unfortunately is a rare trait in the Detroit Tigers system.

You will note that he is listed by me as a 3B/1B and that is because he was announced during the draft as a 3B. The Detroit Tigers have said they will give him the opportunity to play the hot corner but ultimately I think he will find a home at 1B where he can be a potentially above average defender. Regardless of what they do with him defensively it is his bat that will bring him to superstar status in the Motor City.

The top pick with a top-tier at-bat.

Spencer Torkelson works a full count and drives in a run with a well-struck single in the @tigers‘ intrasquad game. pic.twitter.com/n2vfozYoj2

Not only does his name, Dillon Dingler, bring about sooooooo many fun nickname possibilities he also brings a tremendous glove. He’s much more athletic than your average catcher which allows him to be a great receiver. That pairs well behind the plate with his plus plus arm. He is no slouch at the plate either as he should provide above average power at the dish.  When he was drafted he instantly become the Detroit Tigers catcher of the future.

With Torkelson being the most obvious and impactful pick from the 2020 MLB Draft I would suggest that Daniel Cabrera was the biggest steal. His bat is very polished coming out of LSU and provides and exceptionally high floor. If his glove can match his bat then Cabrera could be an above average player at the big league level.

Outside of course of Torkelson I would say that Gage Workman has the highest upside of their 2020 Draft class and in the 10 names that you need to know. He is your classic hot corner prospect that plays terrific defense and touts a power bat. With some work on his plate approach to provide more consistent contact, Workman could be a cornerstone of the Detroit Tigers offense for a long time.

He was our second-best bat available on the BA 500.

It was widely assumed that Colt Keith was heading to Arizona State next season unless he was a 1st round pick. So it was a bit of a surprise to see the Detroit Tigers select the Mississippi prep star late in the draft. He represents a desperately needed high upside position player. He is not as polished as the rest of the guys mentioned so we will have to practice patience with him. The hope is that Keith will make that wait well worth the while.

We talked with scouts who believed Colt Keith’s skill set fit in the second round.

The @tigers selected him in the fifth.

That’s one of 12 picks we loved from Day 2 of the draft: https://t.co/ZFIhEliC5p pic.twitter.com/WlqfqftI2L

Hess comes in as the first pitcher in the 10 names that you need to know. The Detroit Tigers selected the LSU Pitcher in the 7th round of the 2019 draft. At 6’9″ 219 lbs. Zack Hess is an imposing figure on the mound. He features a mid 90’s FB with some run, a mid 80’s slider with nice movement when he has a good feel for it and a low 80’s change which is still a work in progress. The Tigers plan on deploying Hess exclusively as a reliever and he could make a quick rise through their system. This could be their closer of the future.

Just added to the #Tigers‘ 60-man player pool, 2019 7th-round #MLBDraft pick Zack Hess got this year’s No. 1 overall, Spencer Torkelson, to bounce out before getting Ks on a slider and high 🧀 in a clean frame.

This is likely a name that you are not familiar with. Jose De La Cruz is a J2 signing by the Tigers who was considered the 15th best prospect coming out of Cuba. He is an athletic player with a strong build. While he looks like a corner outfielder his plus speed might allow him to stay up the middle. Being that he is so young it is difficult to accurately predict what will happen to him but the Tigers signed one of the most tooled up players in the class and he should be someone to follow the next few years to see what he brings to the table.

Campos was a J2 signee by the Tigers in 2019. He is still pretty much an unknown at this point. Campos did not make many international lists and the Tigers credit that to him not being showcased like most the other guys that made such lists. Detroit claims to have been in on Campos for awhile and think they have found a gem. We really won’t know more until he starts playing some games. If he can end up being 75% the player the Tigers brass thinks he could be All-Star level production will be the result.

Last week, I went to the Dominican Republic to meet Roberto Campos, the best Tigers prospect nobody knows about: https://t.co/0xrrD9KZB0

Adinso Reyes was a 2018 J2 signee for the Detroit Tigers. He is right hander with a lot of power to his game and great bat speed. He is a pretty athletic kid with a strong throwing arm but he is likely to grow into 3B. Reyes is still quite raw but there is a lot of projection to like to his game. He is a guy that will be fun watching him come up through the system.

Parker Meadows is a case where the stats don’t line up with the upside to this point. He slashed a paltry .221/.296/.312 but don’t let that sway you because he has real potential. He is on average 2 years younger than the guys he was playing against in West Michigan. Meadows has the tools to be an impact player at the MLB level but he needs the time for it all to development. I think he is going to end up being a stalwart in the Tigers outfield as soon as 2022.

Parker Meadows robbed of a probable single by a nice defensive play pic.twitter.com/i9cX9uuidW

I hope that you have enjoyed this quick little run through of 10 names you need to know in the Detroit Tigers system. For more Tigers content you can follow me on Twitter @CorporalEddy. You can also check my work at Fantasy Six Pack where I do my Dynasty Baseball Rankings. These rankings are one of the most popular in the industry as I have the guts to go 900+ players deep. Check it out ! 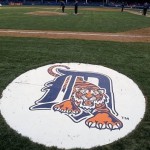