The 2022 season is just around the corner and it is time to dig into the Royals system and find the next crop of young talent. There are plenty of prospects that made a name for themselves in 2021, some surprises and some not so much. For others, 2021 was a struggle to find themselves. Without further ado, let us see who is #2 in this Royals farm system. Just kidding. Here are my Top 50 Royals prospects heading into 2022.

2. MJ Melendez, C, 23, AAA
He is one of the biggest risers in this Royals system. Melendez absolutely dominated Double and Triple-A in 2021. He combined for 41 home runs, 103 RBIs, a strikeout rate under 22%, and a walk rate just under 15%. If he can keep it up in 2022, Melendez should see the majors this season.

3. Asa Lacy, LHP, 22, High-A
Last year was a year to forget for Lacy. Control issues, walking over seven per nine innings, definitely hurt Lacy. He still has the potential to be a top-notch pitcher, striking out over 13 batters per nine innings.

4. Nick Pratto, 1B, 23, AAA
The absence of the 2020 season seemed to give some guys the jumpstart they needed. Pratto showed strong potential during his stints at Double and Triple-A in 2021. He did almost strikeout 30% of the time, but with high walk rates and smashing 36 HRs, he gives the Royals another bat to watch in 2022.

5. Kyle Isbel, OF, 24, MLB
Isbel got his cup of coffee in the majors last season. It wasn’t a mind-blowing performance but he did hold his own with a .276/.337/.434. Isbel is penciled in as the opening day starter in right field for the Royals.

Vinnie Pasquantino is now a top-10 prospect in the Royals system.

7. Frank Mozzicato, LHP, 18, High School
The Royals’ first-round pick from 2021 will finally get his first taste this season of pro ball. The tall and lanky lefty has a solid curveball and a fastball in the mid-’90s that could give him a push as an SP2 or SP3 down the road.

8. Jonathan Bowlan, RHP, 25, AA
A second-round pick in 2018, Bowlan has dazzled over the past three seasons of pro ball. He has exceptional control of the strike zone and is able to strike out batters at a high rate. Unfortunately, his 2021 season ended with Tommy John Surgery and probably won’t see him until the 2023 season.

9. Nick Loftin, 2B/SS, 24, High-A
His skills don’t pop off the board, but Loftin is a solid player. He keeps his strikeouts down and maintains a solid walk rate. Loftin has a solid glove and should help give him a boost in the future.

10. Jackson Kowar, RHP, 25, MLB
Kowar got a shot with the Royals last season but finished 0-6 with an 11.27 ERA in only 30 IP. He needs to get his control issues under wraps if he wants to be serviceable in the future.

11. Erick Pena, OF, 18, Rookie
He was one of the league’s top international signings in 2019. Pena’s 2021 season showed promise, but strikeouts were an issue. There is still plenty of time for Pena to right the ship.

12. Angel Zerpa, LHP, 22, MLB
Zerpa jumped through four different levels in 2021, making strides at each stop, finishing with a solid MLB debut. He may not be a starter, but he does have potential as a reliever.

13. Michael Massey, 2B, 23, High-A
Another infielder and another guy that is pushing his way up the Royals’ minor leagues. Our Prospects1500 2B Prospect of the Year (as voted on Twitter), Massey pulled off 21 home runs and 12 stolen bases in High-A, posting strikeout rates under 16%. He gets on base and it pays off.

Been experimenting with trying to throw together highlight reels for some of KC’s best hitting prospects for the 2021 season. Some of these dudes hit too many XBH to fit into a 2:20 video. Gonna work on being more efficient as we go, but here’s Michael Massey for now: pic.twitter.com/ElHPHkoFv5

14. Alec Marsh, RHP, 23, AA
He is a hard-throwing righty who posted a strikeout rate of almost 15 strikeouts per nine innings. However, Marsh’s 2021 season ended with an undisclosed injury, cutting his development short. 2022 will be a key year for Marsh.

15. Darryl Collins, OF, 20, Low-A
The 20-year old doesn’t have a lot of pop off his bat, but he does have some speed. Collins could eclipse the 20 stolen base level if his OBP stays level. He does put the ball into play, keeping the strikeouts down.

Tier 4 has a lot of talent in the Royals farm system. Several of these guys had a cup of coffee last season and many of the others won’t be far behind. Dye, over Double and Triple-A, showed excellent work of the strike zone and limited the walks to under 2.5 per nine innings…..Parrish is in the same boat as Dye. He is a guy that is posting good strikeout/walk ratios and making a case for the next level in 2022…..Hicklen is a speedster on the basepaths, racking up 39 and 40 stolen bases in High-A and Double-A, respectfully. He also has some pop in his bat with 30 home runs over those same levels.

Marin posted an 1.164 OPS in his 32-game Dominican Summer League debut…..McConnell strikeout issues plagued him last year, striking out over 40% of the time, with a .196 batting average…..Klein posted a staggering 15.49 strikeout per nine, but also walked almost six batters per nine…..Candelario had a rough 2021, striking out over 50% of the time in 142 plate appearances…..Marquez had some troubles keeping the ball in the park while in High-A, but still striking out over nine per nine…..Rodriguez is one to keep an eye on, as he slashed .309/.446/.567/1.013 in the DOSL. 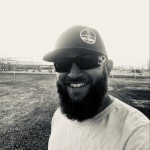 Eric born and raised in the great state of North Dakota and now resides in Colorado with his wife, three kids, two dogs and a grouchy cat. He's been a baseball nut for a long time, growing up playing Ken Griffey Jr. baseball for the ole GameBoy. A Red Sox fan at heart, but thoroughly enjoys watching all baseball. Adding to the chaos, he will be an assistant baseball coach for his oldest child's team.