With baseball finally happening this summer, it’s time to take a look at 10 players who will make their names in Cleveland in the future. Some are actually with the big league club right now, some are on the cusp of the major leagues and could see time in Cleveland this year, while others are still a few years off. This list isn’t in a specific order. All of these players are worthy of being mentioned, and I expect them all to be key contributors for the Tribe. Read through to the end for a surprise 11th name from prospect lists of years past!

Video out of Venezuela, where Planez is working out with fellow Indians prospect Brayan Rocchio, points to a very promising future for the young outfielder. Planez missed virtually all of 2019 due to injury, but he appears to be 100% healthy this year. His swing is continuing to improve, delivering plus power in a smooth, compact fashion that will keep him in the conversation as one of the Indians’ outfielders of the future. At 18-years-old, Planez will continue to grow and generate more power as he works his way through the Indians’ system. Expect to see him manning right field in Cleveland before long.

Love the sound off the big kids bat! The 6’5 200lbs 18yr Alexfri Planez may be the #Indians #1 outfield prospect in a couple of years. Has all the tools to become great. @ajplanez33 #OurTribe #Future pic.twitter.com/wSLMDprznU

Even though he didn’t make the Opening Day 30-man roster, Johnson is already seeing PT in Cleveland. He did everything right at Summer Camp, putting his power, contact and defensive abilities on display. Johnson is blocked by the veteran logjam in the Indians’ outfield, but his talent can only be kept off the field for so long. I expect Johnson to be the Opening Day right fielder in 2021.

Chang finally made it to Cleveland last year, getting in 78 AB for the Indians. His 2019 numbers weren’t stellar, but he’s been outstanding at Summer Camp. Much like Johnson, Chang has had a terrific showing at the plate in both the power and contact departments. While the starting infield is set, Chang will be a key contributor as a utilityman. As part of the current 30-man roster, he’s seen action in a couple games already this season. 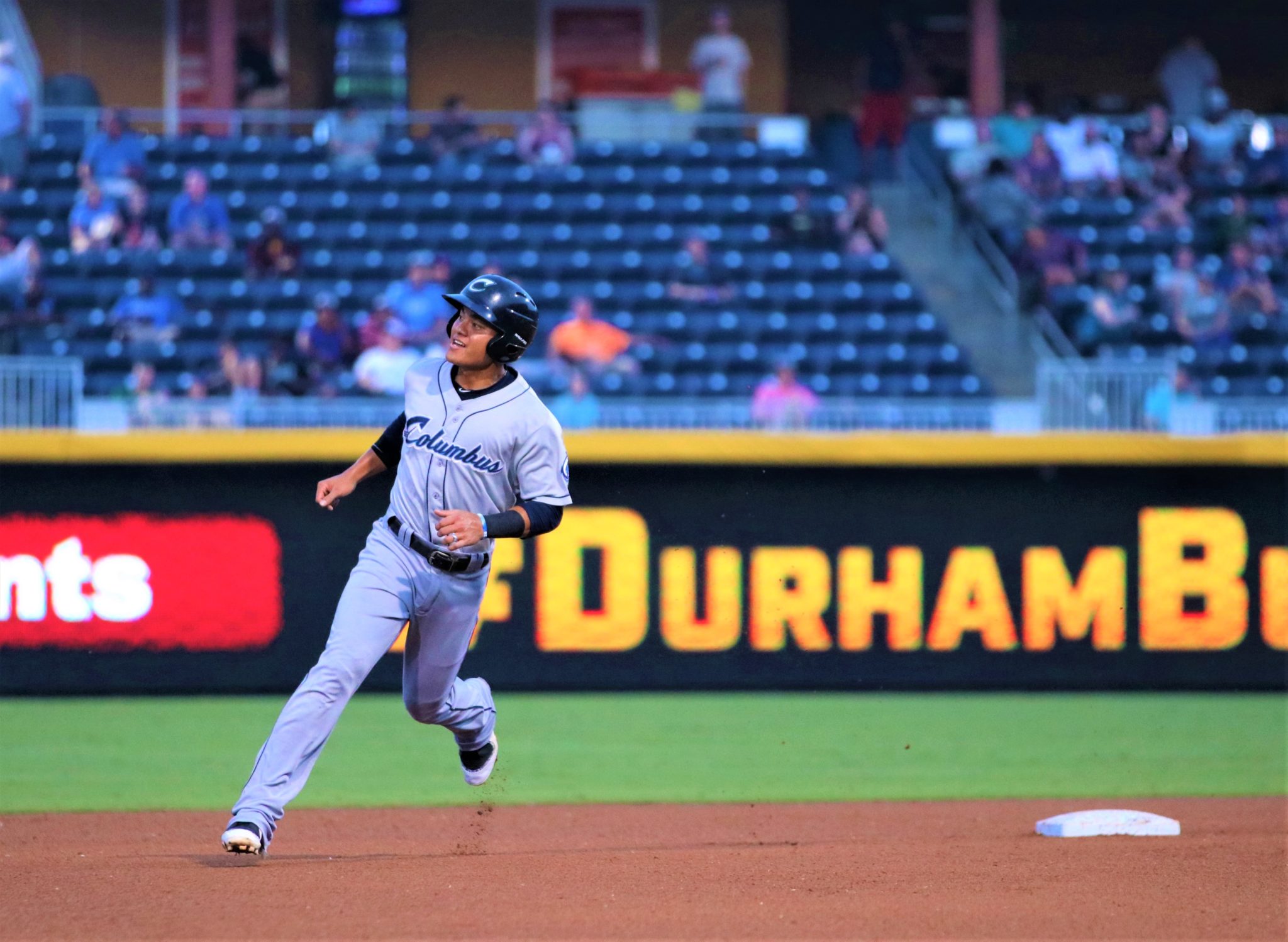 The Indians continued their habit of drafting pitchers in the Competitive Balance rounds, picking Auburn’s Tanner Burns 36th overall. He brings a mid-90s fastball with a good slider and changeup as secondary offerings. As a 21-year-old draftee, expect the Indians to be aggressive with Burns’ development. If Burns takes well to the Indians’ development staff, don’t be surprised to see him in Cleveland late next year or early 2022.

Valera is arguably the best-known prospect on this list, but he’s earned his spot. At 19-years-old, Valera is one of the youngest members of the Indians’ 60-man roster. He won’t see time in Cleveland this year, but the Indians think highly enough of Valera to continue his development on the taxi squad and expedite his path to Cleveland. Expect to see Valera in Cleveland as soon as 2022.

Tucker was the Indians’ first selection in this year’s draft, selected 23rd overall out of Mountain Pointe High School. Where he’ll wind up on the diamond is anyone’s guess. With so many middle infield prospects in the Indians’ system, it’s hard to project who will fill which slot. Tucker’s advanced hit tool will put him in the mix with the rest of the big-name prospects as he develops in the coming years.

The Indians select Carson Tucker, a shortstop from Mountain Pointe HS in Phoenix, No. 23 overall. Here’s a link to his full scouting report: https://t.co/AUnK0sdB9r pic.twitter.com/zB8oSztjZd

Freeman is one of many shortstop prospects in the Indians’ system, and he’s earned his spot on the 60-man roster by doing what he does best: hitting. Reports from Summer Camp are that Freeman is continuing to make contact as he has throughout his professional career, and his power is improving. While he likely won’t see time in Cleveland this season, Freeman is certainly in the mix for both shortstop and second base if Francisco Lindor and Cesar Hernandez depart after the season. 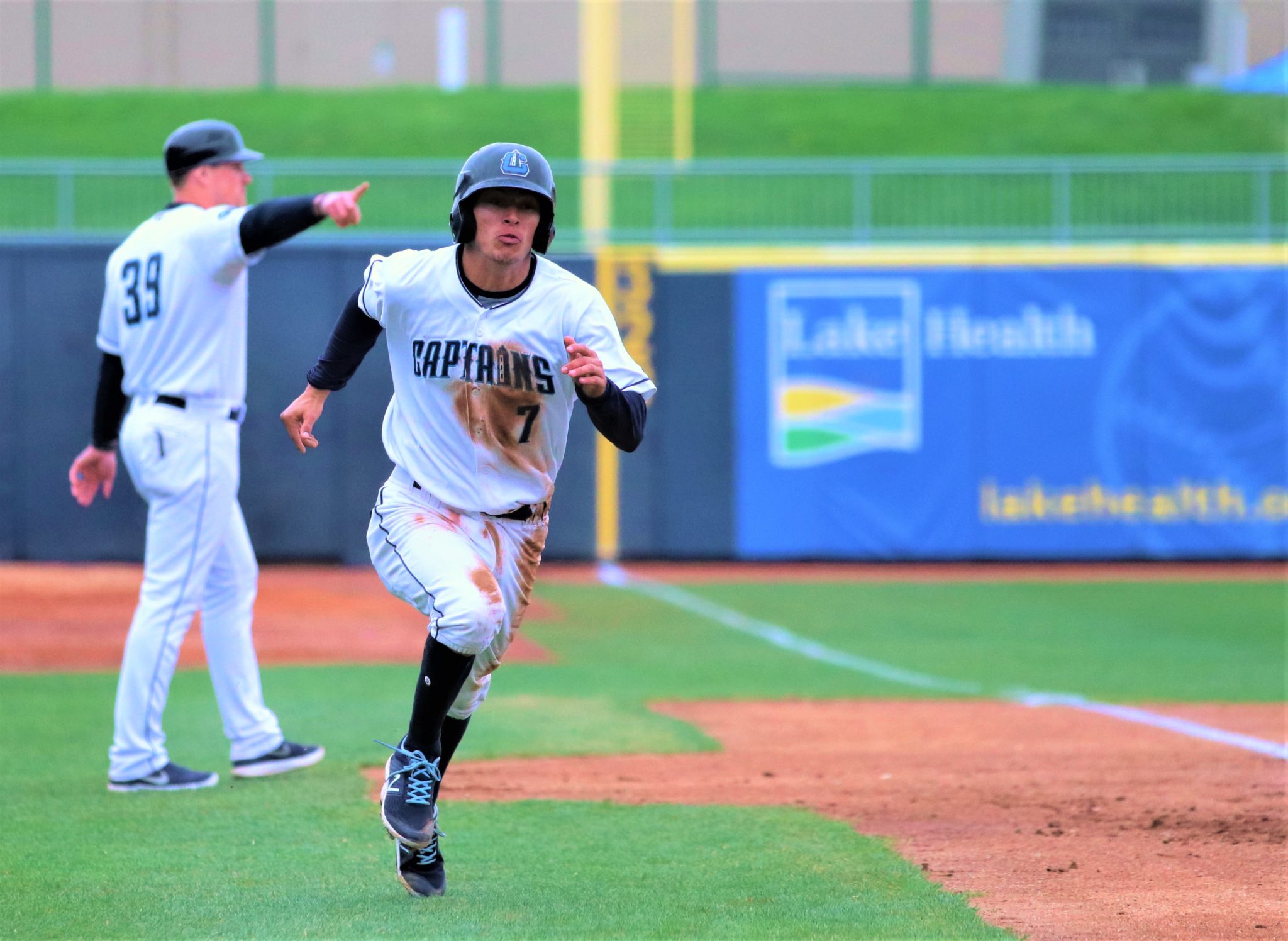 Much like McKenzie, Mejia’s health will be the focus of this season. He’s never pitched above Advanced-A Lynchburg, but Mejia’s electric fastball and solid secondary offerings have him on the 60-man roster. He missed most of 2018 and 2019 with various injuries, but the Indians see him as a back-end reliever in the near-future and will commit a roster spot to furthering his development this season.

Great sight to see #Indians RHP prospect Jean Carlos Mejia back on the bump out in Goodyear. Mejia this past June underwent hip surgery which cost him much of his 2019 season. He was added to the 40-man roster after a terrific 2018 breakout campaign.@jean0826 pic.twitter.com/1WlMfUInQ2

The Indians’ third round pick in this year’s draft, Halpin brings an interesting combination of speed, defense and hitting to the system. He’s a highly regarded base runner already, with his above average speed also playing well in the outfield. If he’s able to continue hitting for contact while developing his power stroke, Halpin’s left-handed bat could be a welcome addition to the Indians’ lineup in the future.

Zimmer is the surprise eleventh entrant on this list. The former top prospect has been derailed by injuries over the past two years, but he has come back healthy with an adjusted swing that has improved his power and contact rate while reducing swings-and-misses. Zimmer’s speed and defense belong on a major league field, but he’ll have to prove his bat can play right away. If he’s able to hit consistently and stay healthy, a resurgent Zimmer could put up strong numbers in 2020. He’s seen action in 6 games (as of 7/30) for Cleveland already this season.