In year two of the Al Avila regime, the Detroit Tigers are working on restocking one of the worst farm systems in the major leagues. With the 2015 mid-season trades and some early drafting last year, the Tigers appear to be heading in the right direction. There are some question marks regarding some potential trades between now and Opening Day. Major League regulars such as Ian Kinsler, JD Martinez, and José Iglesias could be on the move, thus giving the Tigers farm system more young talent.

TIER 2
1. Joe Jimenez, RHP
Age: 21 (DOB 01/17/1995)
Rose three levels in 2016 with a combined 1.51 era over 53.2 innings. I have him projected as a closer and could be in line to take over closer duties in 2018 once current closer Francisco Rodríguez is a free agent. Has a great fastball and slider, other pitches could use work. Would like to see more work in AAA Toledo before moving to Tier 1.

6. Jose Azocar, OF
Age: 20 (DOB 05/11/1996)
Another young outfielder for the Tigers. I’m intrigued by his speed possibilities and has shown a good average in A ball. Still a long way off, but I could see him developing into a solid contact hitter with 20 or 30 stolen bases a year.

11. JaCoby Jones, OF/3B/SS
Age: 24 (DOB 05/10/1992)
Another player I’m not as high on as others. He didn’t do much in his few MLB chances last year hitting .214 and only hit .243 in Toledo. He did have a fantastic stint in the Arizona Fall League hitting .329 with five stolen bases. He does have some speed. JaCoby may get chance at CF in 2017 for the big league club, but I project more as a utility type player. I’d prefer to see him get another year in AAA Toledo.

TIER 4
16. Arvicent Perez, C
Age: 22 (DOB 01/14/1994)
Arvicent had a good year at the plate hitting .303 for A West Michigan. He projects out to be a contact hitter and defensive catcher. He could end up as a contributor if he keeps his average up. If not, he would be a decent backup at the Major League level.

28. Dominic Ficocello, 1B
Age: 24 (DOB 04/10/1992)
Has very average numbers at AA Erie. Can play all over the diamond, but looks to not stick at 1B. If he makes the majors, could be a utility man, but not big upside as his bat hasn’t progressed and he has no speed.

44. Jason Foley, RHP
Age: 21 (DOB 11/01/1995)
Was used as a RP after signing as an undrafted player. He had a 3.68 ERA over 7 innings, so a very sample size small. He did have a 5.68 ERA his junior year in college before signing with Tigers, mainly playing as a starter. Has a decent fastball with his potential being as relief. 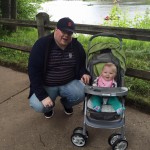 Nick Bradford is a writer for Prospects 1500 covering the Detroit Tigers. He resides in southeast Michigan with his wife and daughter. He is an avid fan of the Tigers, the Mudhens, and anything baseball (fantasy or MLB). He is a graduate of Central Michigan University and works as a support manager for a software company. Follow me on Twitter at @firedupchippewa.