Each week we pick the hitting prospect and pitching prospects from each level (AAA, AA, A+, A, and later in the season Short Season-A and Rookie league) who, in our opinion, had the best week. We are always on the lookout for candidates, so tweet us (@Prospects1500 or @PaulTheMartin) when you see a great performance. Thanks to @Baseball-viz and Keith Lott (@WeTlkFntsySprts) for providing MiLB statistics to assist in our determining the best hitting and pitching performances of the week.

Something new this week is Scott Greene (@Scotty_Ballgame) presenting one other option (or maybe more) for POTW at each level – both hitter and pitcher. That will give you Martin’s 8 picks in addition to Greene’s 8 alternate choices who could be just as deserving.

Tauchman fits the prototypical build of a Colorado Rockies prospect. He is a large, athletic, bearded gentleman who hits, and hits hard. He had a cup of coffee at the beginning of the year but finds himself back in AAA raking for the Albuquerque Isotopes. Forgetting about this week, he is currently hitting nearly .400 with 8 HR, 4 SB, and a perfect 1:1 BB:K ratio. The Rockies may not have any more huge names in this system, although they do have professional hitters, like Tauchman, throughout. The thought of this line translated to Coors Field is an interesting one considering the PCL contains some of the best hitting locations in any league. He wasn’t able to perform in his small sample for the big league squad this season. However, this week displays the upside he has as a polished hitter. If given another chance I believe he can be successful, especially in his projected home park.

If anyone needed a “Prospects of the Week” type performance this week, it was New York Yankees AAA pitcher Chance Adams. The 23-year-old was in the discussion for a big league promotion near the end of last season. He was dominant in 2017 and posted 103 K in 115.1 IP for the RailRiders. This year has been the polar opposite. Finally showing more of the talent this week he was able to take down Lehigh Valley on the road, which is not an easy destination for an opposing pitcher. Adams left no doubt by tossing this gem and was able to generate a ton of whiffs on the day. Continuing to improve the strikeouts will be huge for him as he walks enough batters for it to become dangerous. This performance gives me hope that there is still progress to be made and reminds me that the season is long.

It almost seems redundant to give this kid a write-up. This past week, we all witnessed the Washington Nationals call up their 19-year-old stud Juan Soto. As with everyone else, I think Guerrero Jr. is the better hitter at the same age from the same J2 class. However, the situation is not analogous. Washington is in it to win it now, and the Blue Jays are hoping to make a run while Josh Donaldson is still in their jersey. Just in case you needed to hear the stats, Vlad posted 3 HR, 2 SB, 16 H, and walked equally as much as he struck out this week. What is insane about this is the fact that it barely pops out as a significant week in Guerrero’s game log. I doubt he is in the minors for much longer this season, but if he is, I’m sure this will not be his last award.

Vladdy Jr’s 4th hit of the day (morning) – a 💣 to left center. Raises his AVG to .418. @vladdyjr #BlueJays @FisherCats up 7-0 over @GoYardGoats in the 7th. #prospects #MiLB pic.twitter.com/au0ho9xpbb

Reyes is another player who will most likely find himself in the majors sooner, rather than later. All we need to see from this week is 25 K in 12.2 IP. That is an unbelievable number for a prospect coming off of major surgery. Combine that statistic with the fact that he only allowed 2 hits in 2 starts and generated whiffs 25% of the time. It is clear that the youngster is ready to rejoin the rotation if the Cardinals decide that is the destination. It would shock me if they threw him into the bullpen after what he has been showing in his minor league warmup. He is dominating opposing lineups while moving from level-to-level, recovering from TJ, and stretching back into a starter. Taking all of these factors into account while looking at last week’s game log makes the gaudiness that much more impressive.

Wall ran into his first Prospect of the Week award this year with his fantastic line. The speed was on display as it always is with Wall, accumulating 5 SB this week alone and 19 total in 42 games. It is amazing to me that he is still at this low of a level considering his advanced approach and speed. If the power is coming into the forefront, it will make for a much more interesting profile. Last year, Wall destroyed his shoulder, ironically, by running into the wall attempting to make a catch. This year he has gone back to raking and running all over opposing pitchers. He is going to rise in the system this year steadily, and it will be interesting to see if the homers start to pile up as he already halved his total in 2016. In fact, before the injury, he had 3 HR in just 22 games last season. All things are pointing to a coming out party for a Rockies prospect who falls just outside of Michael Parnell’s top ten on our site.

Everyone go out and add Vargas to those deep-league dynasty watchlists. The 21-year-old is pushing out of the gates for the Visalia Rawhide. Up to this point, he hasn’t provided hope that he develops into a major league arm. However, this season he has started off amazingly in 46 IP racking up 60 K and only allowing 5 ER. Vargas entered the Rule 5 Draft this offseason but ended up back with the Diamondbacks for another try. He has not disappointed, though the walks still suggest that he has a better future in the bullpen. This week he limited those free passes to just 4 in 11.1 IP, which is decent for Vargas. Maybe nearly being sent to another team by one that didn’t see any use for him was the motivation this big right-hander needed to put his career back on track.

Adell is one of my favorite prospects in the entirety of the minor leagues. This incredibly athletic prospect became popular this summer for being known as the guy keeping up with Mike Trout‘s home run distances in BP. In fact, there is the famous picture of him lodging a ball into a wall due to the insane exit velocity he had off the bat. The power is phenomenal, and after a slow start, he hit all 5 HR he has in 2018 this week. It is astonishing to watch this guy in action because the five-tool tag is supremely apparent. He’s huge, he fields well, throws well, has immense power and speed, plus slight improvements on the strikeout rate will make his hit tool even more coveted. This performance is one of many studly weeks I project for Jo Adell in the future, and as he moves up the ranks this season, I will bet he makes this article a few more times.

Abbott is putting together an impressive start to his tenure in the Chicago Cubs system. The 2nd-round draft pick in 2017 out of Loyola-Marymount flashed more incredible strikeout stuff by posting 18 K in just 11.2 IP with 18% SwStr% in his two starts this week. All he has done since being drafted is post a 31% K% and a BB% under 7%. His command is one of the best pieces of his profile although this week he allowed 5 runners free rides to first. Abbott limited the damage of this abnormality with the strikeouts and the fact that he only allowed 4 H in two starts. It is always interesting to see a college arm, known for control and command, starting off his career with the SwStr% Abbott currently possesses. As he moves up in the system, I am watching the consistency of the strikeout rate. As he is not a dominant changeup guy and uses more breaking balls, I believe what he is showing in A-Ball is legit. 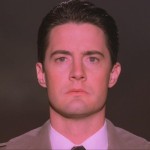