Dynasty baseball is all about value- mining undervalued resources and cashing in on overvalued resources. With prospects, dynasty owners must work to sell prospects whose hype has reached a position where it likely exceeds their long term value. In the same way, owners should look to target players who are poised for breakouts and increased attention. Knowing when to buy and sell is an important part of garnering the most possible value from your farm assets.

When looking at minor league breakouts, both upcoming and past, here are some things to keep in mind:
– International prospects are more likely than draft picks to fly under the radar. Because there is often an information shortage on international scouting reports, it can be tough to properly gauge a player’s value. Additionally, prospects are often signed at 15 or 16 years old, leaving many possible outcomes. These players also often spend a year or two in developmental leagues and thus lose some of the hype that might surround their initial signings.

– League park factors play an important part in a perceived “breakout.” Thus, buying a player with desirable tools and/or skills in the offseason before they head to those leagues can be a smart way to take advantage of the perks of the parks or leagues. The High-A Cal League for example, is notorious for offensive “breakouts” that often do not carry over to future years. The Phillies‘ Reading facility is also famous for such offensive eruptions (Rhys Hoskins and Dylan Cozens’ 2016 seasons come to mind). For the Braves, Double-A Mississippi typically rates as a pitcher-friendly environment, and thus might be a place to target.

– Increased or decreased opportunity can play a large role in a player’s stock. A guy who is set to make either his stateside or full season debut is going to give far more data than we have had on him before. That means more at-bats/innings, more scouting reports, more exposure to advanced pitching/hitting, and more fantasy attention. On the other hand, crowding in the system either at a player’s position or on the major league roster can decrease a player’s playing time, cause a position change, or stunt development.

Ronald Acuna’s 2016 rise through the prospect rankings is a perfect example of a breakout that could have been foreseen with these things in mind. He was a highly-ranked international signing with strong tools making his full season debut. Even with an injury-plagued season, Acuna flew up prospect lists after showcasing his tools and skills for the Rome Braves. Which Braves prospects are poised as similar risers this year? Who has peaked in value and is an asset that should be sold?

Buying a Sean Newcomb breakout? Selling Acuna at potential peak? Leave me your thoughts in the comment section. 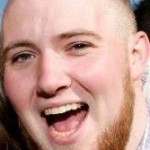