A little over a month into the minor league season, here’s what the Cubs top prospects have been up to. 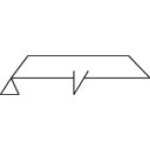