The theme of the 2018 Futures Game was Power. Power bats and power arms took center stage in Washington, D.C. These are the tools that have come to define not only prospect rankings but shape the current state of MLB.

The morning of the Futures Game kicked off with the high school Home Run Derby. Bobby Witt, Jr. of Texas and Rece Hinds of Florida paced the field, launching moonshot after moonshot onto the LF concourse. Witt Jr.’s derby was breathtaking and surreal. The ease with with these high school hitters consistently reached the upper decks and concourse was a sight to behold. It’s a shame the public was denied the spectacle as the stadium was closed to the public. Witt, Jr. and Hinds will face off during the MLB Home Run derby tonight.

Batting practice and workouts took place afterwards and the circus began. BP was a who’s-who of industry leaders, MLB legends, and media. Even Shaquille O’Neal made an appearance. Royals OF Seuly Matias and Mets 1B Peter Alonso put on the most impressive BPs. Both hitters have 80 raw power and launced ball after ball onto the LF concourse. And on a day that was defined by power, it was only fitting that both guys hit long home runs in the game.

Matias sent a Justus Sheffield 94 mph FB over the RF wall while Peter Alonso broke statcast records with a 46 degree launch angle with an incredible 113.6 mph exit velocity HR. While Alonso and Matias paced the way, it was Yusniel Diaz and Taylor Trammell that did more to increase their power stock than any other players. The two have combined for 12 HR in almost 600 plate appearances. However, both hitters have excellent approaches, strong wrists and bodies, and compact swings. Based on that alone, I gave Trammell a future 60 game power grade in June. Morever, I thought Yusniel Diaz made the loudest contact of any hitter not named Ronald Acuna, Jr. in the 2017 Arizona Fall League.

Chicns may love the long ball but it seems that everyone loves high octane velocity. Virtually every pitcher in the game sat in the mid 90’s, starting with Mitch Keller flashing easy heat at 97-99. Keller has such simple and clean mechanics and the ball just jumps out of his hand. However, no prospect seems to encapsulate the love for velocity more than Hunter Greene. With a FB that sat 102 mph, the stadium and social media were buzzing. That was until Luis Basabe and Diaz sent two very straight 102 mph heaters into the stands. I hope the collective baseball world learned a valuable lesson. Velocity without location and movement is really nothing more than a carnival trick. I’ll elaborate.

Covering the FSL and GCL, I have seen at least 5-6 guys in A ball and lower hit 100-101. I haven’t seen any of those fastballs move and I have seen very few swing and misses on the 100. It’s impressive but it’s also important to take a step back and realize just how raw a kid like Hunter Greene is. It’s also important to know that professional hitters have little problem turning 100 around when they know it’s coming and it’s straight. To me, Greene looked amped up and rightfully so. He is a teenager who was on the big stage against some of the best hitters in the minors. His delivery was rushed and it was obvious that he was throwing. That led to the fastball straightening out and poor command within the zone.

The best of fastball of the night came from Diamonbacks Yoan Lopez. He only faced one hitter but the fastball was electric. He struck out Orioles Ryan Mountcastle on an electric 97 mph heater up in the zone. The ball exploded out of his hand with late run and rise.

Fastballs will only get you so far. When prospects can turn around 100, you know MLB hitters will have no problem. Without two plus secondaries to go along with a good FB, it’s hard to imagine any pitcher succeeding in a MLB rotation. Dakota Hudson of the Cardinals flashed the nastiest slider of the night. His 91 mph slider was downright filthy. He flashed two-lane tilt and buried the slider down and in to lefties. Hudson throws 4 pitches and should be developed as SP but could be dominant RP just based on the FB/SL combo alone.

Hudson isn’t the only SP that could help an MLB bullpen right now. Touki Toussaint brought his 70 grade curveball to D.C. and did not disappoint, striking out Nats SS Carter Kieboom looking.

In the field, Padres SS/3B Fernando Tatis, Jr., made two throws that flashed 65-70. The throws had zip and life with good accuracy with a quick release. Twins RF Alex Kirilloff flashed the best OF cannon in the game nearly hosing a runner at 3rd. The throw had excellent carry and was a one-hop bullet. I grade Kirilloff as a 60 arm.

Overall, the Futures Game has become one of the most exciting times of the baseball season. Even with some of the highest rated prospects sitting out, the future of baseball is full of tooled-up athletes that will carry the game into the 2020’s and beyond. Get hyped. Stay hyped. 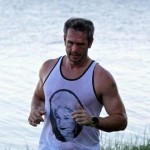